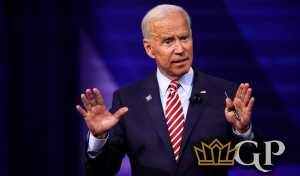 It is expected that Joe Biden will be the Democratic nominee to take on President Donald Trump in the 2020 U.S. Presidential election in November, but Biden is not the most attractive candidate. His campaign has been a mess with major technical glitches in terms of his virtual rallies, gaffes by Biden himself in how he talks and remembers things, and now he has to deal with sexual assault allegations by a former aide. Democratic Party leaders have rallied around Biden even though they realize he is a flawed candidate. Let’s look at the strategy that Biden is using right now and current Presidential odds.

Can a Weak Candidate Win a Presidential Election?

There is not much to like about Biden in terms of being a good Presidential candidate. He is a career politician who believes in nothing and will cave in to whatever his party wants him to do. Biden has trouble avoiding major mistakes whenever he speaks, so his campaign has tried to keep him out of the spotlight as much as possible. The coronavirus has helped them do that, as Biden has basically been staying in his basement and putting out poorly produced videos. Can a candidate win without being in the public eye? Biden actually leads the national polls over Trump, although Biden is trailing in several key battleground states.  Biden is hoping that the coronavirus will hand him the election because he has no policies that people want to believe in.

Some Democratic allies want Biden to be more visible so that the public can see him in action, but that is a double-edged sword. The more Biden is in public, the greater the chances of him making stupid comments. And there is no question that Biden will say something dumb. Laying low may actually be the best strategy for Biden because the more people see him, the more they find out about him.

Biden is not a leader and yet he is running for the most powerful position in the world. Biden is simply a puppet of the Democratic leadership. Can someone win who is actually a poor candidate?  It could happen because of the hatred by the Democratic Party of Trump. There has never been a more polarizing President than Trump as people either love him or hate him.  The country is more divided than at any time in recent memory. In a normal election there would be no chance for Biden to win, but the 2020 U.S. Presidential election will not be normal. The coronavirus will hang over the upcoming election and the hatred of Trump could be a factor.

The 2020 U.S. Presidential election is nowhere near decided, as there are another five plus months before November. Biden will be attacking Trump on everything from the virus to the economy, while Trump will be attacking Biden on China and his character. Many of the polls show that Biden is leading Trump, but those same polls showed that Hillary Clinton led Trump four years ago and we know what happened.

David Axelrod, who was a strategist for former President Obama said in the New York Times that Trump should not be underestimated. “As much as Trump is wounded, he is dangerous as a candidate. He is unbridled by any kind of norms. He has the power of the presidency. He is relentless.”

Biden is going to try to win this election by running a campaign that keeps him out of the spotlight. The less that Biden is seen, the better his chances might be. The 2020 U.S. Presidential election will be referendum on Trump and that might be Biden’s best chance because Biden is a poor candidate who has no platform, no real qualifications and no ideas of his own. Like it or not, Democrats are stuck with Biden and they have to hope that the hatred of Trump is enough to carry their candidate to a win.

Check out the latest U.S. Election odds at your favorite online sportsbook.