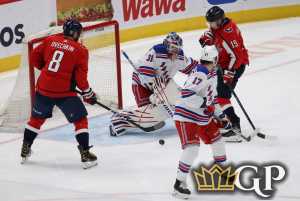 NHL best bets for the weekend of March 20-21 feature a number of top teams in action and some excellent NHL betting trends. Let’s look at weekend NHL best bets.

NHL best bets for the weekend of March 20-21 feature a number of top teams in action and some excellent NHL betting trends. It is a big slate of NHL games for Saturday, March 20, with 14 games on tap, including five matinees, as the Penguins visit the Devils, the Bruins visit the Sabres, the Predators are in Florida to face the Panthers, the Wild are at the Avalanche and the Blackhawks visit the Lightning. There are a total of four games on Sunday, March 21 including Vegas at Los Angeles on NBCSN. Let’s look at weekend NHL best bets.

If you have been following the NHL this season then you know that teams are playing within their division exclusively. This has meant that teams are oftentimes playing a set of games against each other. What has been happening in the second game of these series is that the games are lower scoring.  We have four of those games on Saturday and one on Sunday.

The Rangers and Capitals played on Friday night, so this game fits into the system. These teams have a lot of matchups scheduled against one another in upcoming weeks so you can expect a lot of intensity, especially in the second half of a back-to-back. We’ll go under the total in this one.

These teams met on Friday night in Montreal and now they meet again on Saturday night. This is a system play and one that didn’t work earlier this season. The teams met twice early in February and the second game went over the total. We’ll come right back and take this game on Saturday under the total.

It is always risky to play Toronto games under the total, but Calgary is much more of a defensive team now that they are coached by Darryl Sutter. This is the second half of a back-to-back and we’ll follow the system and take the under.

The Blues and Sharks meet for the second straight day and these teams are definitely capable of playing a low scoring game. The teams played a 3-2 contest in San Jose earlier this month that went under. We’ll take this game under the total.

The Stars still have games in hand over their division rivals, but the Stars have to start winning those extra games. This is definitely a game that Dallas simply has to win, as they are playing a weak Red Wings team. I’ll lay the small price and take the Stars in this game.

Every time I see these teams play; I expect a shootout. The Jets have a decent goaltender in Connor Hellebuyck but I have no confidence in either of Edmonton’s two goaltenders. These teams did go under the total in Edmonton in late February, but the previous two games in Edmonton went over. I will take this game over the total.

We get one more of these back-to-back situations on Sunday, as New Jersey visits Pittsburgh. The teams met in Jersey on Saturday and now they play another matinee on Sunday. The Devils don’t score a lot of goals and Pittsburgh is not the high-flying team you might expect. This has all the looks of an under and we get the system trend in our favor. We’ll go under the total in this one.

This is not the second straight game between these teams, but it is a back-to-back for both squads. Florida was home against Nashville on Saturday and Tampa was home against Chicago on Saturday. These teams have been scoring a lot of goals this season and their recent meetings have been high scoring. Six of the last seven, including the last four in Tampa have gone over the total.  I will take this game over the total.