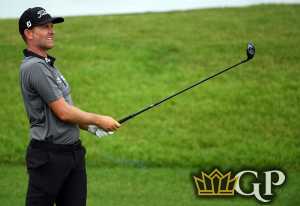 I am on a great roll when it comes to picking winners, as I hit Morikawa last week. This week it is the Wyndham with Brooks Koepka and Webb Simpson listed as co-favorites at odds of 10-1.Let’s look at this week’s Wyndham Championship and golf picks.

It has been a great return to golf for me when it comes to picking winners, as I hit another value play last week with Collin Morikawa winning the PGA Championship. This week it will be the Wyndham Championship, as players get a last chance to qualify for the upcoming FedExCup Playoffs which begin in two weeks. It is a much stronger field than you might expect with the playoffs starting next week, but some players still need to get points and that means a number of top players are in action.  Brooks Koepka and Webb Simpson are listed as co-favorites at odds of 10-1.Let’s look at this week’s Wyndham Championship and golf picks.

This course is a par 70 that measures 7,127 yards. It is not a difficult course and winning scores have been at least 20-under par in each of the last four years. The fairways are wide, the rough is short and the greens are big. The only difficult thing about this course is the greens, which can be difficult to read, so putting is the key stat to look at this week.

Koepka and Simpson are each listed at odds of 10-1. I rarely back favorites and I want nothing to do with Koepka. I am surprised he played as well as he did last week, but it was a major and about the only time that Koepka shows up is in majors. Koepka is still dealing with an injury and I would be shocked if he contends this week. I am much higher on the chances of Simpson, especially since putting is so critical this week and Simpson is an excellent putter.

If Reed gets hot with his putter then he can definitely win this week. He ranks 10th on the PGA Tour in Shots Gained: Putting. Reed is one of the top players in the field this week and I expect him to be in contention.

Ancer has made a rise into the Top 25 in the latest world rankings and he is 13th in the FedExCup standings. Ancer is 12th on the PGA Tour in scoring average and he ranks in the Top 50 in strokes gained off the tee and in putting.

Moore has played well recently with a pair of 12th place finishes. He has won this event before and he is another player who is known as a good putter. Moore is the first of my three longshots this week.

My last two longshots are all about putting. Bezhuidenhout ranks 9th on the PGA Tour in putting and he has also been seen more lately on PGA Tour leaderboards. He is not without a chance this week.

Rodgers is 8th on the PGA Tour in putting. Rodgers is very capable of being in the mix this week against a field that doesn’t have a lot of highly ranked players.

Check out the latest Wyndham Championship odds at the online sportsbook.