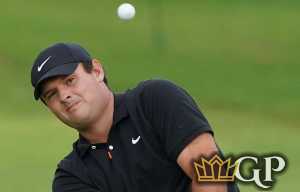 The last chance for golfers to pick up points in the FedExCup race is in this week’s Wyndham Championship. Webb Simpson and Brooks Koepka headline the field for this event that takes place at Segefield Country Club. I have been on an amazing run picking overall tournament winners since golf’s return, but the matchups for the most part have struggled. I slipped back a little bit last week with the matchups after winning the previous week.  Let’s look at the matchups for the Wyndham Championship.

Reed got his first PGA Tour win at Sedgefield in 2013. He has returned three times since and finished in the Top 25 each time. I have no idea what Koepka is doing playing this week, as he did enough last week to get himself into The Northern Trust in terms of FedExCup points. I can’t see Koepka being competitive this week but even if he is competitive, I think Reed beats him anyway. I will take Reed in this matchup.

I have struggled in the matchups since golf’s return, but one thing I have gotten right for the past couple of years is going against Spieth. The media loves to tout Spieth and that he is so close to turning the corner and being great again, but I don’t know what they are watching. Spieth still has all kinds of problems and I will go against him in this matchup and take Todd who is a far better golfer right now.

I am going against Spieth twice this week and in this matchup we get Kim who has three top 20’s in this event and he won the tournament in 2016. I don’t back Kim that often and this is really more of a play against Spieth, but the numbers are definitely in favor of Kim having a good week.

I said in the odds preview that putting is going to be a big key this week and McNealy is one of the better putters on the PGA Tour. He has two top 10 finishes since the break and I like his chances of doing well this week. I will take him in this matchup against Wallace.

Furyk won on the Champions Tour a couple of weeks ago and he has played well at Sedgefield with top 10 finishes in his last three visits. He doesn’t have a lot of play on the PGA Tour this season, but in the rounds that he has played he leads the Tour in GIR. I will lay the price and take Furyk in this matchup.