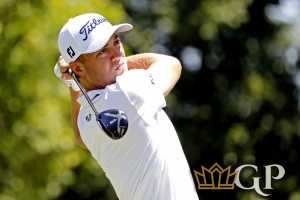 The PGA Tour heads to Muirfield Village for back-to-back events, the first of which is the Workday Charity Open. It is taking the place of the John Deere Classic for this year only. The tournament will have a strong field with seven of the top 15 players in the world expected to play, including Patrick Cantlay who is the defending champion of next week’s Memorial Tournament. Jon Rahm, Justin Thomas and Brooks Kopeka are the top ranked players in the field. Let’s look at this week’s action and golf picks.

It is only a matter of time before Thomas has everything clicking again and wins, but I can’t back him until I see it. I have seen signs of the old JT, but he is still missing too many putts to back.  I will look elsewhere, but I have JT on my radar for future events.

You can’t argue with Rose this week and I am surprised his odds are this high. He won this event in 2010 and could have won it on many other occasions. He lost in a playoff in 2015 and finished second in 2008. He has played well since the return with a tie for 3rd and a tie for 14th to go along with one missed cut. I think Rose can be in the mix this week and we get favorable odds.

Now might be the perfect time to get back on the Morikawa bandwagon. Everyone was expecting him to win a couple of weeks ago and he flopped. He finally got the pressure of the cut streak over with as he missed the cut at the Travelers, so that should help him. He is one of the best players on the PGA Tour in hitting greens in regulation and that is a big key at Muirfield. This could be the week that Morikawa delivers and we get him at odds of more than 30/1.

Kuchar won this event in 2013 and we know that he has the right type of game to win at Muirfield. He finished second in 2011 and had top four finishes in 2016 and 2017. It would not be a surprise to see Kuchar in the mix this week.

We are looking for players this week with strong iron play and Hadwin fits the bill. He is second in the field in par 4 from around 450 yards the past 36 rounds and he has similar stats from 150-175 yards. He has finished in the top 15 in this event in the past and this could be the perfect spot for him to contend.

My longshot this week is An who has played well in this event in the past. He lost in a playoff two years ago and he also has three other top 25 finishes. He is another player who has a strong iron game and should do well this week.

Check out the latest Workday Charity Open odds at the online sportsbook.