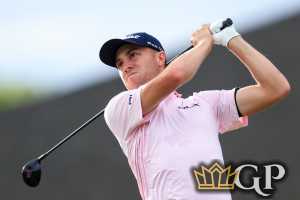 Almost all of the world’s top players are in the field for this week’s WGC FedEx St. Jude Invitational. This event serves as a prep for the first major of the year, the PGA Championship, which takes place next week. Whether it is the virus or something else since the PGA Tour’s return, I have struggled with the matchups, so caution is now advised. I’ll look to turn things at this tournament in Memphis and get into a good grove before next week’s PGA. Let’s look at this week’s WGC FedEx St. Jude Invitational matchups and golf picks.

This course is located in Memphis, Tennessee and is a par 70 that measures 7,244 yards. It was designed by Ron Prichard with some help by Hubert Green and Fuzzy Zoeller. The course has hosted the FedEx event since 1989. TPC Southwind is known as a difficult course, as it is long and has almost 109 bunkers and ten water hazards. The grass is Bermuda.

I mentioned in the odds preview that I think Homa is a live longshot to win this week. He impressed me last week and if his putter can finally get going he might just win at huge odds. I sure like him in this matchup against Wiesberger, so I will lay the price.

Even though I have struggled with the matchups since the return, one thing I have hit on in the last couple of years is the decline of Jordan Spieth. He is simply not the same golfer he once was. The media continues to say that Spieth is getting closer and that eventually he will turn things around, but I am not so sure. Horschel has played well at TPC Southwind with five top 10 finishes since 2013. I will take Horschel in this matchup.

You might not be aware that Conners ranks fifth on the PGA Tour in GIR. He is a lot like Homa in that he just needs his putter to get going. I will take him in this matchup against Hadwin.

Wolff continues to play well, including a second place finish last week. There is no reason to think he won’t have a good week in Memphis and we get him at plus money in this matchup against Niemann.