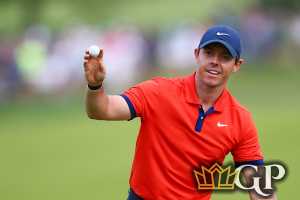 The best field in the history of the Travelers Championship is set to tee off on Thursday. The top five players in the latest World Rankings and the top ten in the latest FedExCup rankings are all expected to play. Rory McIlroy, Bryson DeChambeau and Jon Rahm are the top three betting choices, but there are plenty of players who could contend this week. I went 3-3 with the matchups at the RBC Heritage last week. Let’s look at this week’s Travelers Championship matchups and golf picks.

I liked the chances of Ancer last week and he was right there with a chance to win. I think he has a letdown this week after coming so close a week ago. Casey has played well in this event in a past with his scoring average in his last 20 rounds at 67.1.  He has a 2nd, a tie for 2nd, and two fifth place finishes in this event. I will take the plus money on Casey in this matchup.

I am really surprised at the price on this matchup. Hovland has yet to really live up to his hype and we get Poston at +145. Poston has top 10 finishes in the last two events and there is no reason he can’t be in the mix again this week. I’ll take Poston at the big price in this matchup against Hovland.

I know that Cantlay is one of the top golfers in the world, but so is Schauffele and the edge that we get in this matchup is that Schauffele has been playing, while Cantlay has not. This will be the first event for Cantlay, while Schauffele is already in form. Schauffele is coming off a 66 on Sunday and I expect him to thrive on the poa greens this week. I’ll take Schauffele in this matchup.

Leishman won this event eight years ago and he has had four top 21 finishes since that time. He has played well this season with a win, a second and a third place finish. I know that Finau surprised last week with a good finish, but I still don’t think short courses suit his game. I will take Leishman at plus money in this matchup.

The Travelers Championship is scheduled for June 25-27. TPC River Highlands will host the event and CBS and Golf Channel will televise it.