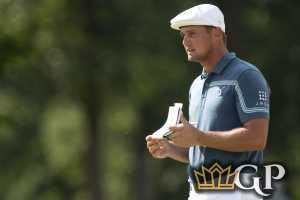 A strong field is assembled for this week’s Memorial Tournament at Muirfield Village Golf Club. All of the top players in the latest FedExCup rankings are in the field and it is Justin Thomas and Bryson DeChambeau listed as co-favorites. I am headed the right way with the matchups, as I went 3-2 last week at the Workday Charity Open. Let’s look at this week’s Memorial Tournament matchups and golf picks.

Harris English -125 vs. Byeong Hun An

I know that Tiger has won this event five times, but that was a long time ago. I was looking for matchups to play going against Tiger. He hasn’t played since mid-February and no, the made-for-TV event doesn’t count. I just can’t see Tiger being anywhere close to top form after such a long layoff. I know that Xander will play well, as he always shines against tough fields. He tied for 14th last week at the Workday and last year he led the field in total driving. I will take Schauffele in this matchup.

I know that it is a little risky going against a player twice in the matchups, but in this case I get one of the top players in Simpson at a short price. Webb has two wins, three seconds and a third place finish in the last year. He is fourth on the PGA Tour in all-around ranking. I will take Simpson in this matchup.

Something is wrong with Koepka right now and until he figures it out I think he is a go-against. In this matchup we get Matsuyama who led the field last week in total driving and in greens hit. He didn’t putt well and finished 22nd. He won this event in 2014 and he has three top 15 finishes since then. I will take Matsuyama in this matchup.

You have to like Streelman this week, as he always seems to play well at Muirfield. He tied for 7th last week and he finished fourth in this event a year ago. Leishman has yet to find his game since the return and I don’t see that changing this week. I will lay the small price and take Streelman in this matchup.