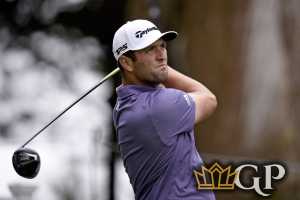 The big names return to action at the CJ Cup at Shadow Creek on Thursday in Las Vegas. Three of the top four players in the world are in the field and they are joined by a number of other marquee players. World No. 1 Dustin Johnson withdrew on Tuesday after testing positive for the virus, so World No. 2 Jon Rahm is the favorite.  There is a lot of value on some very good players this week, so we’ll try and find some good prices. Let’s look at the CJ Cup at Shadow Creek odds and picks.

This course in Las Vegas is a par 72 that measures 7,527 yards. Dustin Johnson holds the course record of 66 and that record is for the course since its renovation in 2008. The fairways are Bermuda and the greens are bent. There will be no cut this week with a small field.

I originally had Rahm as a value play before Johnson withdrew from the event. That now means that Rahm is the favorite and you know how I feel about playing favorites. I have to make an exception this week because I did like Rahm before he was listed in this spot.  He does really well when rested. He has five straight top 25 finishes that includes a win at the BMW. He is fourth on the PGA Tour in strokes gained off the tee. Rahm has had three weeks off since the U.S. Open and the last time he had three weeks off he finished second in a European Tour event.

I almost hit yet another winner last week with Wolff, but he lost in a playoff. I am coming right back with him this week. Wolff said his short game is really good right now and his putting has improved. Wolff ranked 12th last season in strokes gained off the tee. I think Wolff will be in the mix again this week.

I think there is some value in taking Berger this week. He really needed the last three weeks off, as he had played 10 times in 15 weeks. Berger does everything well and scores should be low at Shadow Creek. He was fifth in birdie average on the PGA Tour last season.

I still don’t get the lack of respect for Todd. He was a multiple winner last season on the PGA Tour and his stats compare favorably with almost every player in the field. He has already proven he can compete with and beat the best golfers in the world. I will take a flyer on him at big odds.