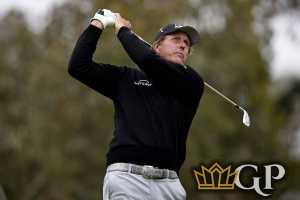 The new PGA Tour season gets underway on Thursday with the Safeway Open in Napa, California. None of the top players in the world who were in last week’s TOUR Championship are in the field, but there are some marquee names who are using this week as a tuneup for next week’s U.S. Open. I went 3-2 last week with the matchups at the TOUR Championship and that makes it 7-3-1 with the matchups in the last two weeks. Let’s look at the matchups and picks for the Safeway Open.

Henrik Norlander -130 vs. Will Gordon

One of the things I have done in the past couple of years is consistently go against Jordan Spieth in the matchups. I see no reason to get off that horse, as Spieth looks nothing like the golfer he was a few years ago. I will take Van Rooyen in this matchup.

The other matchup involving Spieth is this one against Grillo. I think you can make a case that Grillo is simply the better golfer right now and we get him at a pick in this matchup.

Hubbard has been consistent, making nine of his last 10 cuts. He finished 13th in this event a year ago. I think he can be in the mix again this year, so I will take him in this matchup against Gooch.

Rodgers finished sixth in this event in 2015. He is solid off the tee and he has shown the ability to putt well on Poa greens. Rodgers seems to play his best golf on the West Coast, so I expect a good week from him in California.

Steele has been excellent on this course, winning twice. I know that Kim is listed as the favorite, but I just can’t see Kim as a favorite. Steele has shown the ability to play well and win on this course and I think he is the clear choice in this matchup against Kim.

Stanley played well at the end of last season and he has been really good in the first round of many events. I will take Stanley in this matchup and if you can find him in a first round matchup against Hoffman that might be an even better bet.

Dahmen has been on leaderboards all year, but he simply can’t find a way to get into the winner’s circle. He ranked 32nd on the PGA Tour in Strokes Gained: Tee-to-Green last season. He has top 20 finishes in three of his last four starts. I will take him in this matchup against Lowry.