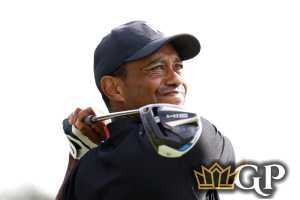 The new PGA Tour season actually began last week with the Safeway Open and now we get the U.S. Open in the second week. There are a number of props to consider for the U.S. Open, so we’ll see if we can find some winners.

The new PGA Tour season actually began last week with the Safeway Open and now we get the U.S. Open in the second week.  This is actually going to be the first major of the new PGA Tour season and it will be the first of two U.S. Open’s, as the regular U.S. Open will be played in June in 2021. It will be a brutally tough week for the best golfers in the world as they play Winged Foot. When the U.S. Open was held here in 2006 the winning score was 5-over par.  Good luck to players finishing under par this weekend.  There are a number of props to consider for the U.S. Open, so we’ll see if we can find some winners.

Will there be a Hole-In-One?

I don’t get the odds on this prop. I know that we have seen some hole-in-ones in majors recently, but this is the U.S. Open.  Getting a hole-in-one in a U.S. Open is not nearly as common as in other majors. I know Rory Sabbattini got one last year, but Pebble Beach plays much easier than Winged Foot. There have only been 7 hole-in-ones in a U.S. Open in the last 15 years.  I think the odds should be switched on this prop and the No should be favored. I will take No on the hole-in-one at plus money.

Will there be a Playoff?

I don’t think there will be a playoff, but I am not laying this type of price.

I just can’t see any golfer shooting a 5-under par on this course. The best anyone could do in 2006 was shoot a 69. I know that golfers are more talented today than they were 14 years ago, but I also think the setup for this year’s U.S. Open is going to be brutally tough. I will go over 66 at +105.

I have to take the over on this prop simply out of principle. There are always some terrible first and second round scores in majors and Winged Foot is just a brute. I expect multiple scores in the 80’s and we just need one to get to 85.

5 or Fewer Players Finish Under Par -485

Most experts believe the winning score in this tournament will be over par and I would tend to agree. I know that golfers overall are better than they were in 2006, but are they six shots better?  The winning score in 2006 was 5-over par and I just can’t see players doing well on this course. I will lay the small price and expect no one to finish under par and we get a little margin for error, as we still win if one player finishes under par.