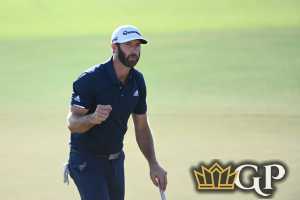 Are you ready for a golf major in the month of September? The U.S. Open will take place this week and actually be part of the 2020-2021 PGA Tour schedule. Let’s look at U.S. Open odds and U.S. Open picks.

Are you ready for a golf major in the month of September? The U.S. Open will take place this week and actually be part of the 2020-2021 PGA Tour schedule. And it will not be the only U.S. Open as part of the schedule, as the 2021 U.S. Open will take place in June. The same thing will happen with the Masters, as it will be held in November and then again in April.  Dustin Johnson is coming off a win in the TOUR Championship just two weeks ago and he is listed as the favorite in U.S. Open odds. Let’s look at U.S. Open odds and U.S. Open picks.

This course in New York is a par 70 that measures 7,477 yards. It is known for very difficult rough and tough greens. It hosted the U.S. Open in 2006 and the winning score by Geoff Ogilvy was 5-over par.

One of the rare times that I actually backed a favorite was two weeks ago when I liked Johnson to win the TOUR Championship. Even though I made a rare exception and took Johnson two weeks ago, I rarely back golf favorites. And I am getting back to normal this week and not taking Johnson. I know he is playing great, but I can see him having a letdown. I know it sounds weird, but Johnson was really motivated to win the FedExCup and I just can’t see him having the same focus this week.  Johnson is talented enough to prove me wrong, but I am looking elsewhere.

Xander Schauffele has become a regular for me in value plays, but this past season he disappointed. He played well, but simply didn’t get over the hump. He has played well in his previous U.S. Opens, with sixth or better finishes in three of six tries. He is a player who should win a major and this might be the week.

One of the best players in the world right now is Berger and he is starting to get some respect from the oddsmakers. He has the right type of game to win on a tough course and his temperament is excellent. This week’s course is going to be tough and a great all-around game is going to be needed to win. I’ll take Berger at 29-1.

One player who always seems to shine when the play is tough is Reed. He has played well in New York in the past and he ranks highly in a number of key categories for this week. He is usually straight off the tee and he is an excellent scrambler. He is also capable of getting hot with the putter. I think he has a lot of value at these odds.

I said a few weeks ago that I though Scott needed some time to get his game back in form and he surprised me by playing well. He is another player who has the right type of game for this course and he won’t be scared by the big stage.

I am really surprised the odds for Todd are this high. He had a really good season and proved he knows how to win, taking multiple titles. He does everything well and there is no way he should be listed at odds of more than 80-1. I’ll take him as my longshot this week.