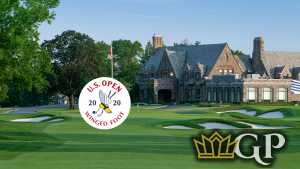 The U.S. Open gets underway on Thursday with Dustin Johnson listed as the favorite. The best players in the world get a stern test, as they play the very difficult Winged Foot Golf Club West Course. Don’t expect many low scores this week. I went 7-0 last week with the matchups at the Safeway Open and that makes it a sizzling 14-3-1 with the matchups in the last three weeks. Let’s look at the matchups and picks for the U.S. Open.

When it comes to going against Jordan Spieth it has been money in the bank in the past couple of years. There are a couple matchups involving Spieth, but I’ll focus on this one, as the other one has Mickelson against Spieth. In this one we get Brendon Todd who is a far better golfer than Spieth right now. I think the odds on this matchup are way too low. Todd is accurate off the tee and a good putter, while Spieth can’t find fairways and he is inconsistent with his putter. I’ll take Todd in this matchup.

If you looked at the TOUR Championship two weeks ago it would have been Schauffele winning without the stroke advantage given to each player before the event began. He beat Johnson in terms of raw strokes by four shots. I know that DJ is the best player in the world right now, but as I said in the odds preview, I can see a letdown for Johnson this week. I’ll take Schauffele in this matchup.

Casey always seems to show up and play well in majors. He finished 15th on this course in 2006. He played really well in the PGA and if not for Collin Morikawa he would have won. I think Hovland is a nice player, but he is overhyped. I will take Casey in this matchup.