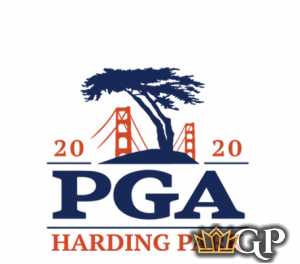 It seems that we get a hole-in-one in almost every tournament, but that doesn’t mean I want to bet the Yes in this prop. TPC Harding Park is a tough course and a hole-in-one is not going to be easy to get. Let’s look at the Par 3’s to see if it is realistic.

I will lay the price and take the No on the hole-in-one.

Will there be a Playoff?

There have not been a lot of playoffs in the PGA Championship, but there are a number of players who can win this event. I lean to taking the Yes at +315, but I will probably pass.

The Lowest Round Score is an interesting prop. TPC Harding Park is considered a difficult course, but when you look at this number it is tempting to take the under. It seems a golfer every year gets hot and has a great first or second round and in this case it would just take a 64 to win that first total. I don’t like laying big money, so I will avoid laying -370. I am tempted to take the Under 63.5 but I will probably pass simply because I want more than +130.

Players from the U.S. have dominated the PGA Championship of late and the top two betting choices, Justin Thomas and Brooks Koepka are from the U.S. I will lay the -175 and take the winner’s country being the USA.

I think my favorite bet of the props is the Under Par prop. I like the 16 or More Players to Finish Under Par at -190. When an event was held at TPC Harding Park in 2005 there were 24 players that finished under par. The course is longer now than it was then but the players hit the ball much farther in 2020 than they did 15 years ago. I would be really surprised if at least 16 players didn’t finish under par. I am tempted to take the +295 on 30 or more players finishing under par, but my best bet is 16 or more players finishing under par at -190.