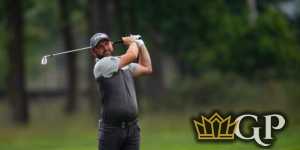 The European Tour heads to Celtic Manor Resort this week for another tournament in the UK swing. Andy Sullivan and Joost Luiten are listed as co-favorites. Let’s look at the golf odds and golf matchups for the Celtic Classic.

The European Tour heads to Celtic Manor Resort this week for another tournament in the UK swing. The Celtic Classic begins on Thursday with Andy Sullivan and Joost Luiten listed as the top two betting choices. Sullivan looked really good last week in winning the English Championship and that is why he is getting some attention as the co-favorite along with Luiten. It has been more miss than hit in terms of the matchups since the return, so I’ll look for a strong week at the Celtic Classic.  Let’s look at the golf odds and golf matchups for the Celtic Classic.

I know that Sullivan played really well last week, but winning in back-to-back weeks on any Tour is difficult. I can’t see Sullivan playing nearly as well this week and in this matchup we get Pieters who has won four times on the European Tour. Pieters ranks 11th in driving distance this season on the European Tour and if he can shake off the rust quickly I think he can contend. I will take Pieters in this matchup.

Burmester looked good last week in the English Championship, as he finished in a tie for 6th. He is 2nd on the European Tour in driving distance. This course should suite him well, so I will lay the small price and take Burmester in this matchup.

Armitage comes in playing well, finishing 14th and 15th in the last two weeks. He ranks in the Top 25 in strokes gained approach and off the tee. We get him at a short price in this matchup against Chesters.

Smith finished 14th last week and he usually plays better on tough courses. Smith can struggle at times with the putter, but on tougher courses his putting weakness is not as noticeable. I’ll take Smith in this matchup against Paisley.

We know that Colsaerts can hit the ball a ton so he should do well this week. He has won three times on the European Tour and he is coming off a top 10 at Hanbury Manor. I will take Colsaerts in this matchup at the short price.