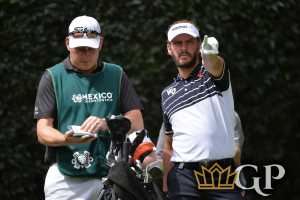 The European Tour stays in Austria this week for the Euram Bank Open and once again it is Joost Luiten listed as the favorite. Let’s look at this week’s Euram Bank Open matchups and golf picks.

The European Tour returned last week from a long break and it was Marc Warren winning as a huge longshot. The Tour stays in Austria this week for the Euram Bank Open and once again it is Joost Luiten listed as the favorite.  The field is once again weak, as this event is a co-sanctioned event on the European and Challenge Tours. It was ugly last week with the matchups, but the same thing happened to me early on with the PGA Tour matchups in the return from the virus and I have now gotten back to my winning ways. Let’s look at this week’s Euram Bank Open matchups and golf picks.

Catlin has won four times in Asia in the last two years and three of those wins came on shorter courses and we get a short course this week in Austria. Catlin finished 8th last week and this week’s field is even weaker than last week’s. I will lay the small price and take Catlin in this matchup.

Ritthammer finished 8th on this course two years ago and he played well last week, finishing in the Top 20. Ritthammer has done well on the Challenge Tour and we know that his strengths are accuracy and GIR, so he should thrive on this course. I will take him in this matchup against Valimaki.

Gagli is another player who is known for accuracy. He had played well before the break with finished of 10th and 12th. Gagli is 31st on the Tour in driving accuracy and he is fifth in strokes-gained on approach. I will take him in this matchup against Vincent.

Figueiredo should thrive on this short course in Austria. He has the game to excel, as he played well in last year’s European Masters and he finished sixth at the KLM Open. He has played well on this course in the past with a couple of top 10 finishes. I see no reason he won’t play well this week, so I will take him at plus money in this matchup.

I am a bit surprised that Karlberg is listed as an underdog in this matchup. He played well in this event a year ago, finishing in a tie for fourth. There was not much to like about the game of Arnaus last week, as he finished 62nd. I will take Karlberg in this matchup.

Both of these players played well in this event a year ago, but it was Ferguson finishing slightly better. Ferguson was very impressive, shooting a final round 64 on Sunday in this tournament a year ago. I will lay the small price and take Ferguson in this matchup against Ford.

Check out the latest Euram Bank Open odds at the online sportsbook.