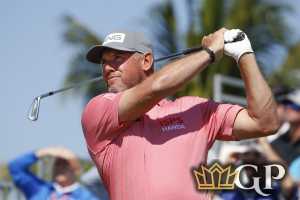 The British Masters begins on Thursday. This will be the first of six straight tournaments to be played in England. Lee Westwood is the host for this event and he is the favorite at odds of 9-1. Let’s look at this week’s British Masters and golf picks.

The European Tour technically returned a couple of weeks ago with an event in Austria and they stayed in Austria last week, but almost none of the top players were in action. This week it is the British Masters and the European Tour has been hyping this event as where things really get going, but looking at the field it would be hard to tell. This will be the first of six straight tournaments to be played in England. Lee Westwood is the host for this event and he is listed as the favorite at odds of 9-1. Let’s look at this week’s British Masters and golf picks.

Close House is a par 71 that measures just 6,872 yards. Westwood said it is all about hitting the fairway on this course. He said the rough is longer and even the semi-rough can be somewhat difficult.  We’ll be looking at driving accuracy as a key stat this week.

I know that Westwood is the host and he has won this event in the past, but I am definitely not betting him as the favorite. Westwood did win the Abu Dhabi Championship earlier this year, but he is still not a player I want to back, especially as a favorite. I will look elsewhere.

We know that Smith is a player that hits it straight and he hits 70% of greens in regulation. Smith was playing well before the shutdown and he got back into action at the BMW Indoor Trackman Invitational, finishing second. Smith has played well at the British Masters in the past, finishing 6th and 3rd the last two years. I will take Smith at odds of 28-1.

This course should suit Fisher perfectly, as he is not a long hitter, but one who is straight. He has been practicing regularly and he is extremely focused for the six UK events. He was playing well before the break with three top 10 finishes. I will take Fisher at these odds.

For my last two picks this week I am going with two of the most accurate hitters on the European Tour. Syme is 3rd on the European Tour in driving accuracy. He has hit over 71% of fairways this year and he should be in contention on this course. The field is not that strong this week and Syme has proven in the past that he can compete against normal European Tour fields. I will take him at odds of 40-1.

One of the home country contenders this week just might be Chesters. He is an extremely accurate driver of the golf ball, as he ranks 2nd on the European Tour, hitting over 72% of fairways. Chesters is very capable of being in the mix this week and we get him at big longshot odds. Why can’t Chesters come through and win on home soil this week?

Check out the latest British Masters odds at the online sportsbook and make your golf bets today.