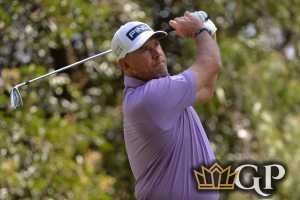 The European Tour has had a couple of co-sanctioned events with the Challenge Tour the past two weeks, but this week they really get back into action with the British Masters. I noted last week that my matchup picks have surprisingly struggled since the return, but I am thriving picking tournament winners on the PGA Tour. I would expect things to get back to normal with picking winning matchups, but caution is definitely advised right now. Let’s look at this week’s British Masters matchups and golf picks.

I think Westwood may be a little overvalued as the favorite this week, but I can’t argue against him in this matchup. Westwood is an accurate driver and very good with his irons, while Pepperell can be erratic. Pepperell is just as likely to win as to miss the cut. I think it is more likely he is out of contention, so I will lay the price and take Westwood in this matchup.

I am going to throw in a matchup play simply based on the line this week. I noticed that Detry is getting a lot of attention in terms of play from the wise guys this week. He is actually listed as a favorite in his matchup against Westwood even though Westwood is the overall favorite to win the tournament. I know that Kinhult is the defending champion, but if you go simply by the odds, then this should be a good matchup for Detry. We have to lay a little bit of a price but in this case it looks to be worth it.

I went against Arnaus last week and paid the price. I won’t make that mistake this time around. Arnaus should be able to attack this course and he has played at a higher level than has Larrazabal of late. I will take Arnaus in this matchup.

You have to like the form of Sullivan who won a Clutch Pro Tour event last week. Sullivan played pretty well before the lockdown with a good effort in Qatar. He also played well on this course the last time, as he had three rounds in the 60’s in 2017. I will lay the short price and take Sullivan in this spot.

I like Syme at the short price in this matchup. He played well last week with a fourth place finish in Austria and he is a very accurate golfer who should stay out of trouble on the Close House course. I will take Syme in this matchup.

Check out the latest British Masters odds at the online sportsbook.