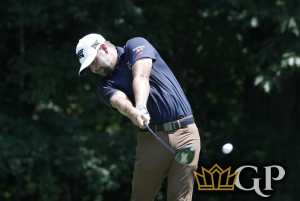 If you like a different format and a lot of birdies and eagles then this week’s alternate event on the PGA Tour is for you. The Barracuda Championship uses the modified Stableford scoring so that means birdies and eagles are mandatory because pars are not going to get you anywhere. Whether it is the virus or something else since the PGA Tour’s return, I have struggled with the matchups, so caution is now advised. I’ll look to turn things at this tournament and get in a good grove before next week’s PGA. Let’s look at this week’s Barracuda Championship matchups and golf picks.

Cameron Tringale -135 vs. Will Gordon

Lanto Griffin -145 vs. Will Gordon

Noren is one of my top picks to win this week. He played well last week at the 3M Open and I expect him to continue the momentum this week. I am not that sold on Henley being the overall favorite this week. He has not even made the cut in two of his last four starts. He does not hit the ball that far and he is not very good in birdie average. I think he is a go-against in the matchups this week.

Moore has been putting well of late and this tournament demands making birdies and eagles. I like Moore’s chances of doing well and I wanted another matchup where I could go against Henley, so I will take Moore in this matchup.

Gooch played well at the 3M Open last week finishing 18th and he has been playing well for much of this season. I give him a chance to be in the mix this week, so I will lay the price in this matchup against Ventura.

Seiffert is a very good irons player and we know that scoring well is everything this week. I know that the putter of Seiffert is hot and cold, but that is not necessarily a bad thing, because a hot putter is what is needed to win this type of event. Cook shows up every now and then but most of the time he disappoints. I will take Seiffert in this matchup.

One of the better putters on the PGA Tour is McCarthy and we know that putting is going to be huge this week. McCarthy had a really good week at the 3M Open so he is in solid form. The price on this matchup is fair as we are laying just -130. I will take McCarthy in this matchup against Uihlein.