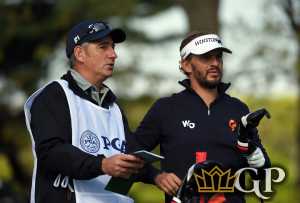 The European Tour is finally getting back into action, although tepidly, as they will be starting with a dually sanctioned event, the Austrian Open. The tournament will give players points on the European Tour and the Challenge Tour. Very few top players are in Austria, so Joost Luiten is the clear favorite this week. The matchups should be interesting this week with a number of players who are not normally on the board matched up against each other. Let’s look at this week’s Austrian Open matchups and golf picks.

Defending Champion: Not Held in 2019

I see no reason not to back Luiten this week. He has been excellent on this course, finishing no worse than seventh in five starts. I think his game fits this course better than Detry. I know that the odds are almost even on these two top betting choices, but I have to give the edge to Luiten and in this matchup, the price is basically a pick.

You have to like Rozner in this matchup, as he was excellent in the Challenge Tour before the break. He won back-to-back events in the spring and he is very capable of winning this event against a weak field. He nearly won the Mauritius Open and I think he is the clear choice in this matchup.

This is a play against Arnaus, as he had been in the U.S. and now has to fly to Austria. I just can’t see him being ready to play after all of the travel problems he has had in the last week. Distance off the tee can help on this course and we know that Colsaerts can hit it a ton. I will take him in this matchup.

The German has a solid overall game that should do well on this course. He has played well on this course in the past with good finishes in the Lyoness Open in 2015 and 2017. I will lay the small price and take Kieffer in this matchup.

Hojgaard played well when he was last seen, as he opened with a 64 in Qatar. He has shown the ability to start fast and I expect him to play well this week. He is listed at a short price in this matchup against Lengen.

Scalise finished 30th on the Challenge Tour last year and he nearly made the European Tour for this season. He looked good earlier this year with a solid finish in the South African Open. He has played well on this course in the past and he could be worth a flyer at longshot odds to win. I will take him in this matchup against Pulkkanen.

Check out the latest Austrian Open odds at the online sportsbook.