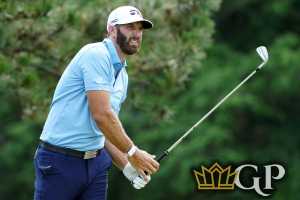 The PGA Tour heads to Minnesota this week for the 3M Open. I am on a roll with golf picks, as I hit another winner last week with Jon Rahm. Let's look at this week's 3M Open and golf picks.

The PGA Tour heads to Minnesota this week for the 3M Open and unlike last week where most of the top players in the world competed, this week we get just a handful. Dustin Johnson is listed as the favorite, but considering how bad he was last week you might want to look elsewhere for your wagers. I am on a major roll when it comes to picking tournament winners since the return, as I hit my third one last week with Jon Rahm at odds of 20-1. I have learned over time that streaks are tough to predict and that you ride them when you can, so let’s see if we can come through with another winner this week. Let’s look at this week’s 3M Open and golf picks.

The TPC Twin Cities opened 20 years ago and hosted the 3M Championship on the senior circuit the following year. The course is a par 72 that measures 7,114 yards.  Distance off the tee is definitely helpful, but short hitters have won on this course in the past.

It was ugly beyond words last week for Johnson at the Memorial. He was simply awful, shooting 80 in each of the first two rounds. Can a player turn it around quickly after such a disaster?  I suppose anything is possible, but I am sure not backing DJ after what I saw from him last week.

When it comes to ball striking, there are few better than Casey and TPC Twin Cities is known as a course that demands great ball striking. Case is known for gaining strokes on the field in terms of ball striking and in this field he is one player who stands out. I will take him at odds of 22-1.

Another player who is excellent with his irons is Lucas Glover. He has been all over the leaderboards recently and it would not be a surprise to see him in contention this week. I think he is another player who has value this week.

You might not think of van Rooyen as a player who would know this course well, but he went to the University of Minnesota. He showed some signs last week that he could be ready to win, as he was second in the field at the Memorial in Shots Gained on Approach. You may not be aware that van Rooyen is actually ranked in the Top 50 in the latest world rankings. The field this week is really not that great and there is no reason van Rooyen can’t be in the mix and we get him at odds of 40-1.

I am a little surprised that the odds on Todd are this high. He is one of the few players in the field that knows how to win and we get him at odds of 50-1. He has shown in the past that he can turn it on at a moment’s notice and win. I’ll take a flyer on him at these odds.

Check out the latest 3M Open odds at the online sportsbook.