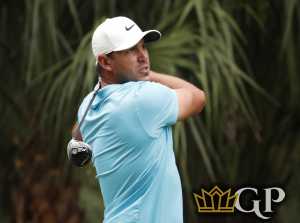 This week’s 3M Open in Minnesota does not have as many top players as last week’s Memorial, but there are still a number of marquee players in the field, including Dustin Johnson and Brooks Koepka. I am on a great run with picking winners of tournaments since the PGA Tour’s return, but surprisingly, I have struggled with the matchups. I went 2-3 last week with the matchups at the Memorial. I’ll look to turn things around with this Minnesota tournament. Let’s look at this week’s 3M Open matchups and golf picks.

Patrick Rodgers -165 vs. Will Gordon

Fleetwood makes his return this week and in the last year he has a win, three seconds, a third, a tie for fourth and a tie for 5th in worldwide tournaments. On the other side, something is wrong with Koepka’s game. He is not doing much of anything right and it is so bad that he is playing again this week trying to fix things in advance of the PGA Championship in two weeks. I will take Fleetwood in this matchup.

I know that Johnson was a mess last week at the Memorial, but it would be just like DJ to play well this week after making a mess of things in Ohio. In this matchup we get to go against Koepka again and right now there is no question Koepka is a go-against player. I will lay the price and take Johnson in this matchup.

Casey hasn’t played as well as he can, as he missed the cut last week, but he is still one of the top golfers in the field this week. Watson is a lot like Koepka, as he has a lot of problems in his game right now. I will take Casey in this matchup.

There is no reason to go with Watson this week considering how he is playing, but there is a lot to like about Wolff. He is the defending champ and he is coming off a good effort last week at the Memorial with a tie for 22nd. I will take Wolff in this matchup.

Ryder played well two weeks ago at the Workday and then took last week off. He played pretty well in this event a year ago with a tie for 34th. One round cost him contention, as he shot even par in the third round. He looks like a good value at plus money in this matchup against Homa.

Hoffman didn’t play last week but he looked good the previous week with a tie for 7th at the Workday. He ranks 20th on the PGA Tour in putting: birdies or better. I will lay the small price and take Hoffman in this matchup.