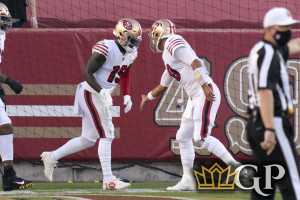 This column is going against the grain and in the NFL, going against the public is normally successful. It was weird last week with so many plays, so we’ll see about getting back to normal in Week 7. Let’s look at Week 7 Against the Grain Picks.

When you bet the NFL, it is easy to go along with the crowd and the popular plays each week. The problem with doing that is that you are not going to consistently make money. There are a number of popular plays each week in the NFL and we are going to be going against those plays. This column is going against the grain and in the NFL, going against the public is normally successful. We went 4-7 with the plays in Week 6 to take the record to 16-17 on the season. It was weird last week with so many plays, so we’ll see about getting back to normal in Week 7. Let’s look at Week 7 Against the Grain Picks.

Week 7 Against the Grain Picks

The first play on this list is slightly surprising because the line has moved toward the Giants. The public doesn’t want anything to do with the Giants, but the wiseguys have been backing New York plus the points. The Eagles would seem to be the more talented team, but they have played poorly for much of the season. Shockingly, if the Giants win this game they would move past the Eagles in the NFC East standings and into second place. We’ll take the Giants plus the points on Thursday night as we go against the public.

I always say that the public remembers what they saw last, but in the case of this game they are coming back and taking Dallas even after the Cowboys looked awful against Arizona. Washington is not a good team but they have played better since switching to Kyle Allen at quarterback. On paper the Cowboys should win this game, but Andy Dalton has not looked good and Dallas has major problems on their offensive line. The public likes the Cowboys, so that means we take Washington in this one.

This play is more like what the public does on a regular basis and that is take the home team minus the points. The Panthers have played better than expected this season and they could be a live dog in this spot. The public is laying the points with Drew Brees and the Saints at home, so that means we take the Panthers plus the points.

The Jets are a go-against team for the public every week and it has worked like a charm. The Jets are the only team in the NFL that has yet to cover the spread. The Bills are the pick by the public and that means we have to take the rotten Jets plus the points.

The Cardinals looked good last week in a win over Dallas, but the public loves the Seahawks. Seattle is still unbeaten, but their defense has not played well. This should be a high scoring game and we’ll take the Cardinals plus the points as we go against the grain.

The public is going against the 49ers in this game against the Patriots. The 49ers played well last week in a win over the Rams, while the Patriots are now below .500. It is hard to believe that a Bill Belichick team could go two games under .500, but it just might be that the Patriots miss Tom Brady a lot more than they thought they would. We’ll go against the public and take the 49ers plus the points.

The public loves Tom Brady and the Bucs even on the road. The Bucs looked really good last week in a win over the Packers and the public remembers what they saw last. The Raiders have been scoring a lot of points this season, so this could be a high scoring game on Sunday night. We will take the Raiders as a home dog as we go against the grain.