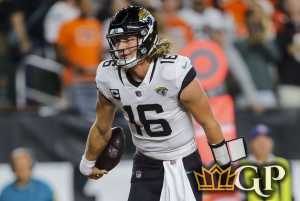 Week 5 NFL Against the Public picks are ready to roll. We are coming off another winning week, as we went 2-1 last week to move the season record to 12-6-1. A successful method of picking winners in the NFL is going against the public. One thing of note with these picks is that you are almost always better off waiting until Sunday to bet them to get the best possible NFL betting line. Let’s look at Week 5 NFL against the public picks.

Week 5 NFL Against the Public Picks

The Jaguars hurt the public last week with a pointspread cover but that has not deterred the public, as they are going against Jacksonville again this week. The Jaguars have had some off the field news causing them some distraction this week, as head coach Urban Meyer did something stupid, was caught and has had to apologize. Meyer is finding out that NFL life is not like college life and he is also discovering that he isn’t as great as he thought he was. The Jaguars do have some talent, but they are not yet ready to win consistently in the NFL. Trevor Lawrence is a rookie quarterback and rookie quarterbacks have a learning curve to deal with. Lawrence is also learning that the NFL is much different than college and he can’t make some of the throws he made in college and get away with them in the NFL. The good news for Lawrence is that he faces a Tennessee defense this week that is not very good. The Jaguars are going to score points this week and they may be able to stay within this number. We know that the public is betting Tennessee so that means we take the Jaguars.

The public expects the Raiders to bounce back this week after losing on Monday night to the Chargers. I am not a fan of the Raiders, as I think they are overrated, but I don’t think Justin Fields is any good and that the Bears are going to struggle with him at quarterback. This line seems really short to me and the public agrees, as they are betting the Raiders in this one. This column is not about personal opinions, as I would probably go with the Raiders in this game simply because I don’t think Chicago is any good. If the Bears are going to stay in this game they will need their defense to keep Derek Carr and the Raiders offense in check. That seems like a tall task, but our opinion doesn’t matter, however, as we go against the public, and in this case that means we take the Bears plus the points.

The Packers are one of the most public teams in the NFL. The public loves to bet on Green Bay every week and that is the case again in Week 5. The Bengals have played well for much of this early part of the season, but the public is not yet sold. Green Bay has a potent offense that seems to be on track after struggling early. The Bengals may not have the offense to keep up, but it will be interesting to see if their defense can put pressure on Rodgers. Cincinnati has looked stout on defense so far this season and if they can pressure Rodgers, they may be able to keep this game close. The Green Bay defense has played much better of late, but they are still a defense that can give up points. The public is definitely a believer in Green Bay and there is no question they are going to bet the Packers in this spot, laying just three points. We go against the public and take the Bengals plus the points as an ugly dog.

There are just three plays this week that fit the criteria of going against the public and we are not going to force plays. We would take a 2-1 every week and be happy.

Check out the Week 5 NFL odds at top online sportsbooks.