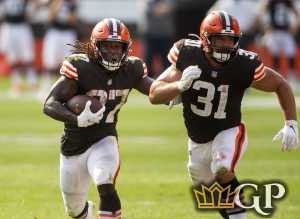 When you bet the NFL, it is easy to go along with the crowd and the popular plays each week. The problem with doing that is that you are not going to consistently make money. There are a number of popular plays each week in the NFL and we are going to be going against those plays. This column is going against the grain and in the NFL, going against the public is normally successful. We got off to a good start in Week 2, but we struggled last week going 1-3. That brings the season record to 5-5. The public likes a lot of plays this week, so let’s look at Week 4 Against the Grain Picks.

Week 4 Against the Grain Picks

The public is all over the Dallas Cowboys this week even though Dallas is coming off a loss to Seattle. The Cowboys are not playing much defense so this should be a high scoring game. Normally this would be a huge game for Dallas to get back to .500, but in the rotten NFC East the Cowboys can probably win the division with a .500 record.  We’ll take the points and go with the Browns in this one.

The Seahawks are scoring a ton of points but giving up a lot of points. So far their offense has scored enough to keep them unbeaten, but teams rarely win without playing a little defense. The public likes Seattle this week even on the road in Miami. This has all the looks of another high scoring Seattle game. We’ll take the Dolphins plus the points.

This one should come as no surprise, as the public is all over the Ravens in this one. Washington has not looked good this season and Baltimore is coming off a loss. Is it possible that the Ravens will have a letdown after losing to the Chiefs? That might be our only hope, as Washington looks to be outclassed. We’ll go against the grain and take Washington plus the points.

In a matchup of winless teams, the public really likes the Texans at home. The Vikings were supposed to be a good team, but they continue to struggle on both sides of the ball. It is extremely rare when the public takes a team without a win, but in this case they want nothing to do with the Vikings. We’ll go against the public and take the Vikings plus the points.

This one is really ugly, as we have to take the Giants at the Rams. The public is heavily backing the Rams at home in this one and why not? The Giants are winless and they look incompetent on both sides of the ball. This is a true go against the grain play as we take the Giants plus the points.

What has happened to the Philadelphia Eagles? It wasn’t that long ago that Carson Wentz was thought of as a franchise quarterback and now the talk is that Wentz is close to getting benched. The Eagles are winless and now head to San Francisco to face a tough 49ers defense. The 49ers are banged up, but they still have a capable backup in Nick Mullens if Jimmy G is not able to go. The public really likes the 49ers at home in this one and that means we take the points with the winless Eagles.