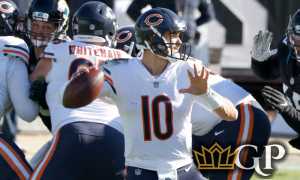 This column is going against the grain and in the NFL, going against the public is normally successful. We went 6-2 with the plays in Week 16 to take the record to 51-43-1 on the season. Let’s look at Week 17 Against the Grain Picks.

Week 17 Against the Grain Picks

I know the Lions are not a good team, but Minnesota is laying a touchdown on the road? The Vikings have been a massive disappointment this season and now they won’t have running back Dalvin Cook for this season finale. The public is backing the Vikings or at least they are going against the Lions, so that means we take the points with Detroit as we go against the grain.

The Falcons could easily have had a winning record this season and made the playoffs, but they gave away a ton of games this season. It seems that every single week the Falcons have the lead and lose. The Bucs can wrap up the top Wild Card position in the NFC so they figure to play all of their starters in this one. The public is backing the Bucs, so we take the Falcons plus the points.

This one is no surprise, as the Ravens need to win to clinch a playoff spot. Baltimore has been playing really well in the past few weeks, but the Bengals are also playing well. This still looks like a bad spot for the Bengals going against a very talented Baltimore team in need of a win, but it is a divisional game and this is a big number. We take the Bengals plus the points.

I said last week that one play I didn’t like was Jacksonville against Chicago and the Jaguars were routed. This week could be different simply because the Jaguars don’t have to lose like they did a week ago. Jacksonville has wrapped up the No. 1 pick in the NFL Draft so they have no reason to tank this week. The Colts need to win this game to get into the playoffs and the public is all over the Colts. We take the big points and take the Jaguars.

The public just saw the Packers roll over the Titans and they are backing Green Bay again this week. The Packers need to win to clinch the top seed in the NFC, while the Bears need a win or a Cardinals loss to make the playoffs. This is a tough one, as no one wants to go against Green Bay right now, but Chicago is playing well and they are getting points at home. We go against the grain and take the Bears plus the points.

The Saints can get the top seed in the NFC with a win and a Green Bay loss. The public likes their chances in this game, but Carolina is still playing hard and New Orleans is still without wide receiver Michael Thomas. The public is backing the Saints, so that means we take the Panthers plus the points.

The Seahawks can get the top seed in the NFC with a win and losses by Green Bay and New Orleans. The 49ers have so many injuries it is tough to keep track and they have no real incentive to win this game. The one thing that might help San Francisco bettors is if the Seahawks pull their starters in the second half if the Packers or Saints are winning big. We take the 49ers plus the points.