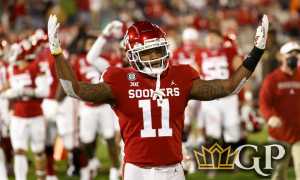 We were able to claw to within a single game of .500 for the season after logging another 3-2 ATS tally last week; that makes it three weeks in a row of doing as such. I’ve got six Week 16 college football picks circled to hopefully put us in the black.

We were able to claw to within a single game of .500 for the season after logging another 3-2 ATS tally last week; that makes it three weeks in a row of doing as such. I guess it’s better than losing. San Jose State got the weekend started off on the right foot due to a second half explosion that saw it work Nevada with ease. One of my ride or dies – Coastal Carolina – looked like it was going to cruise to another win and cover getting out to a quick 14-0 lead, but ultimately needed a comeback of its own late just to beat Troy outright. Alabama did its part in allowing us to split the total against Arkansas, but the Hogs were no shows against what looks to be a scary improved Crimson Tide defense. West Virginia’s game against OU got cancelled, and I bet Miami wishes theirs got cancelled as well after the beat down North Carolina administered. That brings us to 31-32 ATS heading into championship week and I’ve got six Week 16 college football picks circled to hopefully put us in the black entering the bowl season.

I was on the Cyclones plus the points and on the $-line when these clubs hooked up in Ames back on October 3. I wasn’t a believer in the Sooners earlier in the year and was right to have faded them in that spot. But since then, Lincoln Riley’s kids have been very impressive rattling off six straight wins and five pointspread covers. ISU meanwhile lost at Oklahoma State and had issues with both Baylor and Texas. OU mopped the floor with the Cowpokes and took the foot off the gas to allow the Bears to sneak in through the backdoor. As much as I respect Matt Campbell and the job he’s done turning the Cyclones program around, Iowa State will be up against it in the rematch. Spencer Rattler has been playing out of his mind, and the defense has really turned a corner since giving up 45 points in OT to Sam Ehlinger and the Longhorns. I’d be comfortable laying up to 7 if it gets there by kick-off.

Ohio State will likely be out to make a statement in this one due to the Big Ten changing their parameters around at the end of the season to allow for Buckeyes to be in contention for the CFP. That said, I don’t foresee Justin Fields and company being able to go up and down the field as they please against this installment of Pat Fitzgerald’s defense. Sure, UNW has played nobody but neither has Ohio State. All I know is that the Wildcats own by far the better of the two defenses, and that unit has shown a knack for forcing a plethora of turnovers. Small bet, but I’ll take a shot with the Fighting Fitzgerald’s and look for them to keep the final margin within three touchdowns.

The Chanticleers have been one of my ride or dies all season. Jamey Chadwell’s squad has been an incredible story in this pandemic inflicted 2020 season. Though they failed to come through for us last week against the Trojans, it marked only the third time Coastal failed to cover the number this season (8-2-1 ATS). I’ve been on the right side of a number of those decisions and won’t be pumping the breaks in this spot. While the RAGIN’ CAJUNS offense will present some issues for the defense with the ability of Levi Lewis and company running the football, I firmly expect ULL’s defense to have its hands full containing the likes of CJ Marable of Coastal’s backfield as well. Grayson McCall exudes confidence as a freshman and continues to impress. We’re running out of opportunities to continue building bankroll backing the Mullets, so don’t let this opportunity pass you by!

I laid the points with the Clemson Tigers in their visit to South Bend back on November 7. While there was a shot to cash in late, Notre Dame impressed the heck out of me by coming up big late in regulation and then winning it in overtime. Granted, Trevor Lawrence wasn’t under center and Clemson still dropped 40 points on the Irish, but ND’s offense was able to run its sets pretty much with ease to the point that I think linemakers have overinflated the number to beat in the rematch. While Brent Venables is likely to have cooked something up after getting an extended look at what Ian Book and company do well, the Irish’s shot caller still has one of the best offensive lines in the country entrenched in front of him. Should ND’s defense play like it did in the second half of the game at North Carolina, Brian Kelly’s kids could find themselves in a position to win the game outright once again. Throw some beer money on the $-Line just in case they do!

It looked as if we had no shot of cashing a ticket with the Spartans trailing the Wolfpack 20-7 through a half of play last week. Then Brent Brennan’s kids flipped the switch. They took the kick-off 98-yards to pay dirt to claw to within six. From there, the offense would score the game’s final 16 points while the defense pitched a shutout to come away with the 30-20 outright win and cover as short underdogs. The regular season matchup between the Broncos and Spartans was cancelled due to COVID-19. Boise State checked in as 11-point “Smurf Turf” favorites. I recommended taking the points in that game then, and I’m recommending snagging them again in this spot. It won’t matter though, SJST is going to win this game outright just like it has each of the three prior times linemakers installed Nick Starkel and company underdogs this season. This year’s version of the Broncos doesn’t compare to priors. It has major issues both running the football and stopping it itself. Slam #SpartanUp plus the points and hit the moneyline as well!

In respect to line value, those looking to snag the points with the Gators absolutely love the fact that they fell at home to the LSU Tigers last week. In my opinion, it won’t matter. As fun Kyle Trask, Kyle Pitts and Kadarius Toney have been to watch this season, they’re about to get a huge dose of reality served up against a Crimson Tide defense that’s only gotten better and more dominant as the season’s moved along. Since allowing Ole Miss to rack up 48 points back on October 10, only one of Bama’s last seven opponents have managed to score 20 or more points against its defense. On the flipside, Florida’s defense is a running joke. It can’t stop the pass to save its life (No. 78), and ranks in the middle of the pack against the run (No. 45). Mac Jones, Najee Harris and Devonta Smith are going to chew this defense up and spit it out. Alabama is my pick to win it all this season a year removed from missing out on the CFP festivities. They’ve laid the hammer down all season (8-2 ATS) and I don’t foresee that ending now. Nick Saban has thrown the gauntlet down covering seven straight ever since Lane Kiffin nearly got the best of him. I don’t expect that impressive streak to fall short in this one against an overmatched opponent. Saban knows the number and won’t allow Florida to kick the backdoor in late - Lay the chalk!