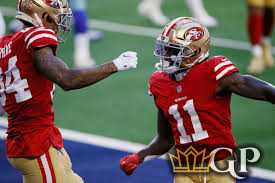 This column is going against the grain and in the NFL, going against the public is normally successful. We went 4-3-1 with the plays in Week 15 to take the record to 45-41-1 on the season. Let’s look at Week 16 Against the Grain Picks.

Week 16 Against the Grain Picks

The Cardinals need to keep winning if they want to hold onto the last playoff spot in the NFC. They would seem to get a good matchup on Saturday against a San Francisco team that has been eliminated from playoff contention. I don’t know that I would trust the Cardinals laying points, but the public is backing Arizona and that means we take the 49ers plus the points.

The Dolphins are another team that needs to keep winning if they are to make the playoffs, while the Raiders are basically done. Las Vegas is still technically alive, but realistically they are done. This is a game very similar to the previous one. Do you really trust the Dolphins laying points? And on top of that, Miami is laying points on the road. The public is going with the Dolphins so that puts us on the Raiders plus the points.

The public is all over the Colts this week. This line has moved from Pittsburgh being favored to the Colts now laying points. The Colts have not yet clinched a playoff spot and they could still win the AFC South if they win out, especially since the Titans have a tough game at Green Bay on Sunday night. The public is backing the Colts, so we are stuck taking the Steelers plus the points.

I have to say that I agree with the public on this one. The public is backing the Bears minus the points in this contest. The Bears are still alive in terms of making the playoffs, so they are in a must-win situation, while the Jaguars should be trying to lose. I know that Jacksonville head coach Doug Marrone has said he has received no instructions from ownership to tank, but what else is he going to say. The Jaguars simply have to lose their last two games to get the No. 1 pick in the NFL Draft and Trevor Lawrence. The Bears are the choice of the public, so we have to take the Jaguars plus the points.

This is an elimination game, as the winner of this game could still be alive to win the NFC East, but only if Washington loses to Carolina. The public has been impressed with the Eagles with Jalen Hurts at quarterback and they are backing Philadelphia again this week. We go against the public and take the Cowboys plus the points.

This one is a surprise, as the public is backing Tennessee on the road against Green Bay. The Titans have been impressive on offense, but their defense is awful and they are not going to stop Aaron Rodgers and the Green Bay offense. The public is taking the points, so we lay the points and take the Packers.

The last game on the list is no surprise, as the public is taking the Bills on the road at New England. The Patriots are out of playoff contention and will not finish with a winning record this season. The Bills also have nothing to play for, as they have already clinched the AFC East, but the public is still backing Buffalo. We go against the public and take the Patriots plus the points.