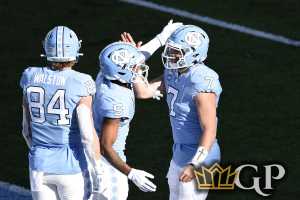 Week 15 College Football Picks are ready to roll. The overall tally is 28-30 ATS with only one week remaining to get into the black before championship weekend arrives. Fingers crossed we get there with my Week 15 college football picks!

Auburn took a 20-14 lead with it into the fourth quarter. The Tigers +7 looked great! Then it allowed Texas A&M to rattle off 17 straight fourth quarter points. The Tigers +7 didn’t look great after that. Arizona got out to a commanding 13-0 second quarter lead. The Wildcats +7.5 looked great. Then Colorado scored the game’s final 24 points. The Wildcats +7.5 didn’t look great after that. This has been the story of my 2020 COVID hampered college football betting season, and honestly I’m ready for it to end – bring on college hoops baby! Along with another loss on Appalachian State Friday night, we ended up logging a 2-3 ATS tally with Alabama and San Jose State representing the two ticket cashes. That moves the overall tally to 28-30 ATS with only one week remaining to get into the black before championship weekend arrives. Fingers crossed we get there with my Week 15 college football picks!

I’m going right back to the well with the Spartans who’ve come through every single time I’ve backed Brent Brennan’s kids this season; including last week at Hawaii. He’ll be in line for a bigger gig next season as dramatically improved San Jose State’s program has gotten since his arrival. With a chance to punch a ticket to the MWC title game there for the taking, I fully expect Nick Starkel and the passing game to find a way to get the job done against a solid Nevada squad that thrives in stopping the run (No. 24). While the Spartans will no doubt have their hands full with stud WR Romeo Doubs, I’m riding this lottery ticket till the bitter end and suggest you hop along for the ride.

The Mullets just took care of business against the Mormons to move to 10-0 SU and 8-1-1 ATS. With that, many will be quick to expect a letdown in this spot after putting so much energy and emotion into defeating BYU. Undoubtedly, every sharp known to sportsbooks will be taking the points with the Trojans on Sunday. The betting line not moving off of -14 is a key indicator of it playing out exactly like that. But even with the teams ticket already punched to face the RAGIN’ CAJUNS in the Sun Belt title game, I’m not about to jump ship. It’s my belief that Coastal is simply just multiple notches above everyone else in the conference. So long as Grayson McCall is under center and CJ Marable is in the backfield, I’m not fading this money train!

I’ve rode the Crimson Tide each of the last two weeks against Auburn and LSU. Both end game results turned out to be easy winners. As much as I want to do it again in this spot, there’s something keeping me away from doing so. And that “thing” is the fact that the backdoor will be open all game long as readily able Arkansas has proven to be able to score garbage points in 2020. There’s a reason the Hogs have covered seven of their nine played games. Mac Jones, Najee Harris and Devonta Smith will once again have field days picking on Arkansas’ No. 103 ranked scoring defense. Stud opponents Florida and Texas A&M dropped 63 and 42 points respectively on the Razorbacks this season. I seriously wouldn’t come away shocked if Bama dropped the average of those two outputs on the Hogs in the first half!

It all comes down to personal pride for the Mountaineers at this point. Fresh off a 42-6 butt whooping at the hands of the Iowa State Cyclones, I can’t help but think WVU comes out stark raving mad in this spot against the supposed best team in the Big 12. Make no bones about it, OU has gotten better with every passing week. However, I’m not of the belief their ascension deserves being a two-touchdown chalk in Morgantown considering the Mounties have won and covered all five games played in front of their home based cardboard cutouts. Boomer Sooner’s improvement paired with the fact that the team has fallen to ISU, Texas, Oklahoma State and Texas Tech has more to do with this inflated betting line than anything else. While all but Texas Tech sits higher than them in the overall conference standings, I’m holding firm and expect West Virginia to put forth a “Circle the Wagons” type effort to give the Sooners a run for their money.

It’s put up or shut up time for the Tar Heels who’ve failed to come through in each of their big spots this season. By and large, Mack Brown’s kids have failed to live up to expectations this season. I mean they lost to Florida State and Virginia for crying out loud! Be that as it may, I still have them pegged as the more talented team in this matchup. As impressive a campaign Manny Diaz’s kids have put forth paired with being incredibly dominant in a 48-0 shellacking of Duke off being grounded 2.5, I’m still not buying in. Comeback wins against both NC State and Virginia Tech – two teams UNC handled with ease – are enough to let me know I want to have points in my back pocket for this matchup between the ACC’s second-best tier. Miami undoubtedly owns the better defense, but I’m throwing caution to the wind by going all in on Sam Howell and his 1-2 punch in the backfield regardless. UNC wins this one outright!