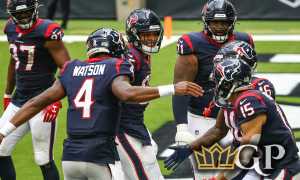 This column is going against the grain and in the NFL, going against the public is normally successful. We went 3-4 with the plays in Week 13 to take the record to 38-33 on the season. Let’s look at Week 14 Against the Grain Picks.

When you bet the NFL, it is easy to go along with the crowd and the popular plays each week. The problem with doing that is that you are not going to consistently make money. There are a number of popular plays each week in the NFL and we are going to be going against those plays. This column is going against the grain and in the NFL, going against the public is normally successful. We went 3-4 with the plays in Week 13 to take the record to 38-33 on the season. Caution is advised this week, as it is a weird week with the public backing more favorites than normal. Let’s look at Week 14 Against the Grain Picks.

Week 14 Against the Grain Picks

The public went against the Bears last week and they were right, as the Lions beat Chicago, but this week the public likes the Bears. It is hard to make a case for either of these teams, but the public the Bears, so we’ll take Houston.

This one is a surprise as the public is backing the Dolphins plus the points. Keep in mind that the public always remembers what they saw last and they remember the Chiefs not covering against Denver. This is a huge test for Miami to prove they are worthy of making the playoffs and the public likes the Dolphins. We go against the grain and take the Chiefs.

I am not sure why the public is getting involved with this game, but they are backing the Raiders plus the points. The Raiders should have lost last week, but they lucked out and beat the Jets. The Colts have shown they are a good team, while the jury is still out on the Raiders. The public likes Las Vegas so that means we take the Colts.

This one is a shock, as the public is backing the Jets plus the points. I guess the public is mad about losing last week with the Seahawks against the Giants so they are going against Seattle. Oftentimes in this column we are stuck going with plays that I don’t like, but I am all over the Seahawks this week, as I think they bounce back with a huge game.

This play is more of what the public normally does and that is go against bad teams. The Eagles right now are a bad team and the public is backing the Saints. The only positive for the Eagles is that they are going with Jalen Hurts at quarterback this week. We’ll see if that is enough, as we go against the public and take Philadelphia plus the points.

What did I just say about the public remembering what they saw last? They just saw Pittsburgh beat Washington and they saw the Bills beat the 49ers. The public is going with Buffalo this week minus the points against Pittsburgh. This is a tough spot for the Steelers going on the road against a red-hot Buffalo team and the public loves the Bills. We go against the grain and take the Steelers plus the points.