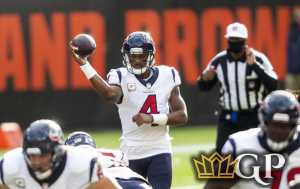 This column is going against the grain and in the NFL, going against the public is normally successful. We went 1-2 with the plays in Week 10 to take the record to 28-24 on the season. Let’s look at Week 11 Against the Grain Picks.

Week 11 Against the Grain Picks

The public is going against the Texans again this week. We had Houston last week and they let us down and we have them again in Week 11. The public remembers what they saw last and the Patriots actually looked good in a win over Baltimore. Part of New England’s success was based on bad weather, but there is no doubt that New England is a better coached team than Houston. The Texans are just 2-7 and there is nothing to suggest they are going to play well on Sunday. The Patriots can’t afford to lose this game if they expect to stay in playoff contention. This is definitely an against the grain play as we take the Texans plus the points.

Remember what I always said about the public remembering what they saw last? They last saw the Ravens losing to the Patriots, so the public is going against Baltimore and taking Tennessee plus the points. There is no doubt that the Ravens are not as good as they were a year ago, but the Titans are also not as good. This is a big bounce back game for Baltimore and I am a little surprised the public is all over Tennessee in this game. We’ll go against the grain and take the Ravens minus the points.

This play is definitely surprising, as the public almost never takes the Jets. The public is tired of taking the Chargers and seeing them lose every week, so they are taking the points with the Jets. It is not like the Chargers record is that much better than the Jets, but Los Angeles has been losing close games all season. It is rare when we are laying points, but it is happening a lot this week, as the public is backing some underdogs. We’ll take the Chargers minus the points as we go against the grain.

This one is a shock to me, as the public is backing the Cowboys plus the points. The Vikings have looked really good lately, but the public is taking Dallas in this game. The Cowboys will be getting Andy Dalton back and it is not like Dallas is out of the race in the rotten NFC East. We’ll go against the public and lay the points with the Vikings.

The final play is more in line with what the public normally does. They are backing the Chiefs on Sunday night and I can see why. The Raiders beat the Chiefs earlier this season, so this is a big revenge game for Kansas City. The Raiders have some COVID-19 issues, so the line has moved from the Chiefs laying 6.5 to Kansas City -8. The public is all over Kansas City in this game, so that means we take the points with the Raiders.