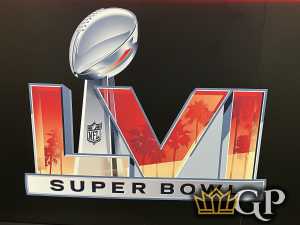 When it comes to Super Bowl betting there is so much more than just the side and total, as hundreds of props are on the board for Sunday’s big game. Let’s look at Super Bowl LVI prop picks.

When it comes to Super Bowl betting there is so much more than just the side and total, as hundreds of props are on the board for Sunday’s big game. The props begin before the game even begins and continue all the way through the game and even after the game is over. There are many different ways you can go with the props so we’ll focus on a few props that will keep you in action throughout the game and a couple of props that are very specific. I’ll even give you a longshot prop that has odds of 120-1.  Let’s look at Super Bowl LVI prop picks.

One of the most popular Super Bowl props every year is the player to score the first touchdown. It is no surprise that two of the Los Angeles players have the lowest odds, as Kupp is Stafford’s favorite target and Akers is now the top rushing option in the backfield. If you are looking for some value then Beckham could be a good choice at odds of +750 and Michel has odds of +1000. There is not much value on the Cincinnati players, especially considering they are the underdog in this game.

The over is listed at -125 on this prop. It would be a major surprise to me if Donald doesn’t get at least one sack in Super Bowl LVI. He is a wrecking ball on the defensive front and the Bengals have no chance of keeping him in check in this game. I expect Donald to get multiple sacks so I will take this prop over the total.

Both Teams to Score in First Quarter

The Rams winning 31-10 is listed at 120-1 odds.  I wanted to take one huge longshot for Super Bowl LVI and this particular prop is listed with odds of 120-1. The Rams are favored in Super Bowl LVI and they have the superior team. That doesn’t mean they are going to win, but Los Angeles should harass Burrow all day long and the Cincinnati defense is not very good.  A 31-10 final score is definitely in the realm of possibility and we get very attractive odds.