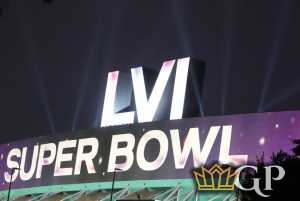 Take a look at the final scores of the last five Super Bowls. Only Super Bowls LI and LIV proved to be competitive. NFL bettors are owed a highly competitive game all the way through, and that’s something I expect. Here are my side, total and prop picks.

Take a look at the final scores of the last five Super Bowls. Only Super Bowls LI and LIV proved to be competitive and it took absurd second half and fourth quarter comebacks by the New England Patriots and Kansas City Chiefs respectively to make it that way. NFL bettors are owed a highly competitive game all the way through, and that’s something I expect Joe Burrow and Matthew Stafford to deliver come Super Bowl Sunday. The underdog has dominated in the Super Bowl dating back to 2012 by going 7-3 SU and ATS with last year’s 31-9 Tampa Bay Buccaneers triumph over the Kansas City Chiefs snapping a string of two straight big games won and covered by the favorite at online sportsbooks. I’m digging the points in LVI as well! On top of that, I’m expecting some points to hit the board with each of the last three Super Bowls failing to reach the impost. As great the playoffs have been to date, I fully expect the grand finale to play out like the rest; hotly contested and competitive all the way through. The following are the side, total and prop picks I’ve got lined up for Super Bowl LVI.

Am I surprised Cincinnati is getting points in this matchup? No; not with the Rams hosting the matchup in their own backyard. Am I surprised they’re taking back better than a possession? Absolutely! Since winning and covering as 6-point favorites against the Raiders, the Bengals have gone on the road and defeated the No. 1 Tennessee Titans and No. 2 Kansas City Chiefs as 4 and 7-point underdogs respectively. The Rams stand just 4-5 ATS as home favorites through the playoffs. Cincy’s covered six straight in the underdog role and stands 5-1 SU in those contests. Gimme the points with a sprinkle on the moneyline!

Both defenses excel against the run and are nothing short of turnstiles against the pass. It’s likely to be tougher for both Joe Mixon and Cam Akers to get much going on the ground against the No. 5 and No. 6 ranked run defenses, but that won’t be the case for both Joe Burrow and Matthew Stafford getting things done through the air. Cincy boasts the No. 26 ranked pass defense regardless of the 2H adjustments made in Kansas City, while LA clocks in at No. 22 regardless of having Jalen Ramsey in its secondary. I firmly expect both passing offenses to rule in this game which has me enamored with a high scorer taking place on Super Bowl Sunday.

As solid the Rams defense looks on paper, I don’t fear it. While it held the San Francisco 49ers and Arizona Cardinals to an average of just 14 points per game on average in the postseason, it had more to do with Kyle Shanahan’s absurd play-calling and decisions in the second half along with Kyler Murray and the Cardinals injury-riddled offense being unable to get on the same page with one another. Tom Brady torched it for 329 yards and a touchdown in comeback mode throughout the game’s entirety. Cincy has surpassed this impost in two of three playoff games as well as six of its final eight regular season contests. In what I expect to be a high-scoring back-and-forth affair, Cincinnati is good for at least 23-31 points in my book.

Name a player that’s won a national championship, Heisman Trophy and Super Bowl. The list is small. It includes Tony Dorsett, Marcus Allen and Charles Woodson. “Joey Brrrrr” can become the first quarterback to pull off the feat should he lead the Cincinnati Bengals to their first-ever Super Bowl title on Sunday. They came close in 1982 and 1989 but failed to seal the deal. That’s something Burrow has proven he can do both at the collegiate and professional levels. While he failed to surpass this impost in two of three playoff games played to date, I got him closer to 300 passing yards than the 280 linemakers expect with this offering. Look for Joe Mixon and Ja’Marr Chase to help him exceed expectations en route to likely winning the Super Bowl MVP Award should the ‘Natti finally earn the right to hoist the Lombardi Trophy.

Along with digging the Over 3.5 field goals made at a +115 plus-money return, I’m also willing to throw some beer money on Super Bowl LVI ending in walk-off fashion. We’re dealing with two of the more accurate field goal kickers in the game with Evan McPherson nailing 28-of-33 regular season field goal attempts (85%) and Matt Gay converting on 32-of-34 (94%). On top of that, the former has nailed 9-of-11 from 50+ yards out with a long of 58, while the latter is 4-of-5 with a long of 55. The primary bet to make here is over 3.5 made field goals, but why not shoot for the stars and throw a dart on the game ending in the most dramatic of fashions with a walk-off Super Bowl game-winning kick?