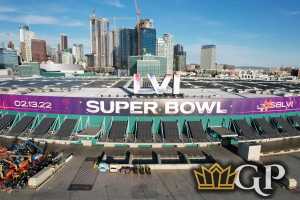 Super Bowl LVI Against the Public picks are ready to roll. We had a successful regular season going 44-35-4, but things have been different in the playoffs. We have said that the public consensus is not the same in the NFL Playoffs like it was in the regular season. During the regular season we looked at a certain percentage that favored public betting but that percentage is lower in the playoffs. There are simply not as many games to choose from and the public hasn’t been firmly on one side or the other that often. Let’s look at Super Bowl LVI Against the Public Picks.

In the regular season you could definitely see where the public would back favorites and go against bad teams but in the playoffs that simply doesn’t happen very often because all of the teams are good. In the Super Bowl the public likes the underdog Bengals.  If you look at the matchup on paper it is hard to see why. The Rams have many of the advantages, including in the trenches. Teams that win the Super Bowl normally have the edge up front and there is no question that the Rams have the edge on the lines.

On the other side, the Bengals ranked just 25th in the NFL in pass rush rate, while the Rams led the league in pass-block win rate. Los Angeles quarterback Matthew Stafford should have no trouble finding time to hit Cooper Kupp and the rest of the Rams’ receivers. The Bengals don’t even have an edge when it comes to running the ball. Cincinnati ranked 10th in the NFL in run-block win rate but they go up against a Los Angeles defense that was No. 1 against the run.

The Rams have a decided edge on offense against a Cincinnati defense that is weak. The Rams rely heavily on Stafford to throw the ball and he should have plenty of time against a poor Cincinnati defense. The Chiefs carved up the Bengals until Patrick Mahomes decided to give the game away in the second half. The Rams are first in the NFL in pass plays of 40 yards or more and they should hit some big plays in Super Bowl LVI. Keep in mind that the Bengals allowed the third-most passing plays of 20 yards or more this season. If Stafford avoids throwing the game away, the Rams should win.

The Bengals have a solid offense that relies heavily on the combination of Burrow to Ja’Marr Chase. The Bengals could have success against a Los Angeles secondary that is overrated. The Rams allowed 53 plays of 20 yards or more this season. The problem for the Bengals is giving Burrow time to throw. Their offensive line against the Rams defensive line is a mismatch in favor of the Rams.

The Bengals and Rams have solid special teams and solid kickers. The edge may go to the Bengals because Evan McPherson has looked more reliable in the NFL Playoffs than has Matt Gay. Both punters are good but the edge has to go to Johnny Hekker because of his experience.