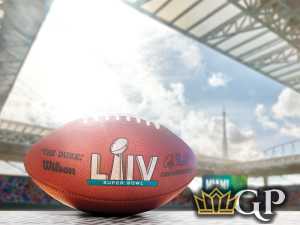 The last time the San Francisco 49ers and Kansas City Chiefs crossed paths on the gridiron, Jimmy Garoppolo was carted off the field with a left knee injury that would cost him the remainder of the 2018-19 season three games into the schedule.

The last time the San Francisco 49ers and Kansas City Chiefs crossed paths on the gridiron, Jimmy Garoppolo was carted off the field with a left knee injury that would cost him the remainder of the 2018-19 season three games into the schedule. Richard Sherman would also be forced to miss the second half due to a calf injury. The Chiefs went on to win that game 38-27 and covered the closing 5.5-point spread at online sportsbooks mostly due to Patrick Mahomes putting on yet another show with 314 passing yards and 3 TD in just his fourth start at the NFL level. Both club’s journeys to get to this point comes full circle when the teams square off in Super Bowl LIV at Hard Rock Stadium. The Niners are out to win aSuper Bowl title for the sixth in franchise history, while the big game has taken place 50 times since the Chiefs last made an appearance. With that, tons of story lines are abound in the final game of the 2019-20 season, so let’s break some of the more notable ones down as we continue to prep for Super Bowl Sunday.

Tale of the Tape

If ever you wanted to see a heavyweight matchup in the final game of the season, this is it! Both offenses rate out as two of the best in the NFL with Kansas City averaging just over 28 points per game (No. 5) and San Francisco clocking in at just under 30 (No. 2). Though the Niners defense received most of the headlines through the playoffs with it giving up 19.4 points per game (No. 8), the Chiefs weren’t far behind that output in conceding 19.3 themselves (No. 7). Both units get after opposing quarterbacks as well with the 49ers accruing 48 quarterback sacks (No. 6) and the Chiefs not far off the pace with 45 (No. 11). One area the Chiefs hold a sizeable advantage in is in the turnover department. While both defenses were fantastic at coming up with takeaways, Kansas City did a much better job holding onto the pigskin in committing 15 total giveaways (No. 3) while San Francisco was a bit more careless coughing it up 23 times (No. 19). Each and every one of these rankings is sure to play a role in the biggest game of the NFL betting season.

Dee Ford crushed the hopes and dreams of the Kansas City Chiefs a season ago when he lined up offside on a crucial 3rd and long play that resulted in what would’ve been the game clinching interception of Tom Brady. Instead, the turnover was wiped away and the Patriots ultimately went on to score the go-ahead touchdown. Though KC would go on to tie it up and send the game to overtime, it still went on to lose in the extra session. Had Ford not lined up offside, Kansas City would’ve had a chance to end its near half-century long drought in Super Bowl LIII. Ford can prevent Andy Reid’s squad from winning it in consecutive seasons if he gets after Mahomes and shows the Chiefs exactly what they missed out by trading him to the 49ers instead of signing him to a contract extension. His replacement, Frank Clark, will be looking to do the exact same thing in hopes of confirming upper management’s belief that he was the prefect replacement for Ford along the Chiefs defensive line.

Player A reeled in 89 receptions and turned them into 1,088 yards and 5 TD. Player B reeled in 110 receptions and turned them into 1,393 yards and 8 TD. Which of those players would you rather have on your team? That was a rhetorical question; the answer is both! Especially when talking about George Kittle and Travis Kelce who just so happen to be the two best tight ends going in the NFL right now. Though Kelce has had the more impactful postseason, he was forced into action due to the Chiefs partaking in a couple of shootouts. The 49ers on the other hand relied upon the ground game, and run blocking is something Mr. Kittle specializes in. Don’t believe me? Just do a search for George Kittle pancake blocks on YouTube; the dude’s an animal! Regardless, Super Bowl LIV gets the benefit of having both these specimens in it and NFL bettors will be better off for it. In case you were wondering for props purposes, KC ranked No. 23 in allowing an average of 56.3 yards per game and 6 total TD to the tight end position. San Francisco ranked No. 10 in allowing 37.1 yards per game but 7 TD. Regardless, both of these behemoths will be looking to put on a show, so get your popcorn ready and enjoy it!