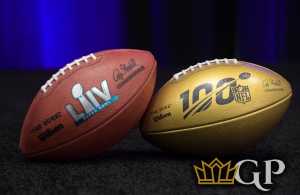 Since the turn of the century, there have only been four defensive players that won the Super Bowl MVP Award. Them being Ray Lewis in Super Bowl XXXV, Dexter Jackson in Super Bowl XXXVII, Malcolm Smith in Super Bowl XLVIII, and most recently Von Miller in Super Bowl 50. With that, it’s highly unlikely a defensive player takes home the honors in Super Bowl LIV regardless of rookie Nick Bosa sitting amongst the favorites to pull of the feat. The betting markets also expect this to be a very high scoring game with linemakers at online sportsbooks praying under money comes in closer to kick-off. As it stands right now, the over is the biggest liability of the big game in early betting with public bettors steaming it up with reckless abandon. I won’t be one to fade that noise and will look for an offensive playmaker to win the award a fourth straight time.

A quarterback has taken home the honors in two of the last three Super Bowls with Tom Brady and Nick Foles the most recent two to do it. As high scoring this game figures to be, you can’t go wrong with either of the two field generals. However, Kyle Shanahan has made it a point to lean on his ground game throughout the regular season and especially the playoffs. Should San Francisco get out to an early lead, you can bet your bottom dollar you’ll see Jimmy Garoppolo handing the ball off to Raheem Mostert and company much more than slinging the pill around the ball yard; he only threw eight passes against the Green Bay Packers in the NFC title game for crying out loud! As great the Niners secondary has been in allowing less than 170 yards per game (No. 1), you can’t help but think Mahomes finds a way to tame the beast. He’s already thrown for 615 yards and a perfect 8:0 TD/INT ratio in the playoffs. This kid is special with a capital “S” and I fully expect him to put on a show in his first Super Bowl appearance.

George Kittle is one of if not the best tight ends in all of professional football. While Travis Kelce would beg to differ, you can’t help but notice how much of an impact No. 85 has on just about every play the Niners run from scrimmage. Though he’s done next to nothing over the course of San Francisco’s two playoff games hauling in just four passes and turning them into 35 scoreless yards, you have to imagine he plays a much bigger role in this matchup against the potent Chiefs. Kansas City has surrendered over 1,000 receiving yards and 7 TD to the tight end position in its 18 played games with one of those touchdown strikes coming in the playoffs. Visions of Kittle going HAM late in the game at New Orleans with everything on the line paint the perfect picture of what this dude is all about. Should the Niners have the ball late needing a big play to come up with the win, you know damn well Shanahan will call his number. Should he, the percentage is high that Kittle makes the most of it and comes up with another big play that puts his squad in a position to win the game.

You can’t go wrong with Deebo Samuel, Emmanuel Sanders or Sammie Watkins in this spot if looking for a big pay day from a wide receiver. However, Hardman offers up the biggest rate of return of the quadrant as well as the highest probability of coming up with a boom play that turns Super Bowl LIV on its head. If you’ve lived under a rock this season, let me be the first to tell you about just how special the second round draft pick out of Georgia truly is. The kids got speed to burn! Though he hasn’t made much of an impact in the playoffs, he was nothing short of a dangerous weapon that was utilized in a number of different fashions over the course of the regular season. I watched him turn dump-offs into huge gainers that resulted in touchdowns on numerous occasions. His 20.7 yards per reception were nearly five yards more than Hill averaged in the regular season. With San Francisco concentrating on stopping the “Cheetah” it could open up some passing lanes for Mahomes to get him the ball. Should that occur in space, look out!