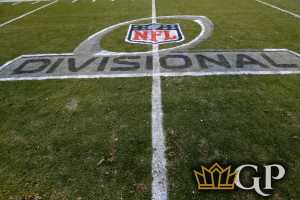 The NFL Playoffs continue on Sunday with another pair of intriguing matchups that have the Houston Texans and Kansas City Chiefs squaring off in Arrowhead Stadium for the second time this season and the Seattle Seahawks and Green Bay Packers locking...

The NFL Playoffs continue on Sunday with another pair of intriguing matchups that have the Houston Texans and Kansas City Chiefs squaring off in Arrowhead Stadium for the second time this season and the Seattle Seahawks and Green Bay Packers locking horns on the not so “Frozen Tundra” of Lambeau Field. I split my pair of selections in last Sunday’s wild-card matchups with the Philadelphia Eagles who fell at home to the Seattle Seahawks and the Minnesota Vikings who went into the Superdome and handed the New Orleans Saints a playoff defeat for the second time in the last three seasons. Let’s dig into both division round matchups set to kick on Sunday and see if we can’t come up with a few winners.

"It's a wonderful feeling to be able to deal with all the adversity and the up and down and flow of the game and to be able to fight for 60 minutes," Watson said. "That's what we did. We kept fighting and kept pushing and kept encouraging. This locker room, everyone is always fighting to the end regardless of the score. We don't look at the scoreboard. We're going to play 60 minutes every game."

The Texans were no doubt ecstatic about their 31-24 come-from-behind Week 6 victory over the Kansas City Chiefs; and for good reason. It gave them the confidence needed to know they can hang with the best in the AFC and still come out victorious. That said, Kansas City wasn’t at full strength for that game. Patrick Mahomes was still working on his gimpy knee yet still threw for 273 yards and 3 TD. Sammy Watkins was inactive as were offensive linemen Eric Fisher and Andrew Wylie. All are expected back on the field on Sunday, so it will be interesting to see how the Texans stack up this time around with the Chiefs much healthier.

The first showdown between these squads saw Houston look to the ground ad nauseum. Carlos Hyde turned his 26 overall carries into 116 yards and a touchdown, while KC’s pass defense did a commendable job of limiting DeAndre Hopkins and the Texans pass catchers through the air. Should Houston once again be able to shorten the game with its ground attack, it’ll stick in this one all the way through with KC’s defense still struggling to defend the run like it did months ago. However, I don’t envision it happening. Buffalo wasn’t able to take advantage of the Texans leaky pass defense last week, but you can bet your bottom dollar Mahomes will be eager to do so. I’m expecting him to hook up with Tyreke Hill, Travis Kelce and Mecole Hardman for a number of big gainers that lead to scores ultimately forcing O’Brien to abandon his running game. That could lead to trouble with the Chiefs already picking Watson off twice in the first meeting. Just like they did to the Colts in this spot last season, look for Kansas City to win this one going away!

I knew my Philly ticket at a pick ‘em was dead in the water the moment Carson Wentz was forced from the game due to a concussion. While Seattle didn’t do a whole lot to impress in accruing the 17-9 win to advance into the division round, it still did enough to get the job done much like it has on the road all season long. The triumph moved Pete Carroll’s troops to an astounding 8-1 SU and 7-2 ATS when playing away from CenturyLink Field for the season. They head to Green Bay looking to accrue successive wins over the Packers after scoring the 27-24 triumph against them at home in November of last season, and I give them a heck of a shot at pulling off the feat with Matt LaFleur looking over one of the least impressive division winners seen in quite some time.

Green Bay is nowhere near as good as its 13-3 SU and 10-6 ATS records suggest! Its offense ranks out mediocre at best both running and passing the football even with Aaron Rodgers leading the charge. The issues stem from an inexperienced pass catching corps and a hot and cold ground attack spearheaded by Aaron Jones. Even so, I don’t think Seattle’s defense has it in them to keep it under wraps regardless of how well it showed against backup Josh McCown last week. This game has shootout potential written all over it with weather not expected to be a factor. The one true advantage Seattle had in this matchup was its ground game running up against the Packers No. 22 ranked rush defense, but the absence of both Chris Carson and Rashaad Penny mitigates that. With that, I expect this to be nothing short of a duel between Russell Wilson and Aaron Rodgers with the last team holding possession of the pigskin being in line to win the game. Take the points if you must, but make sure you hit the over!