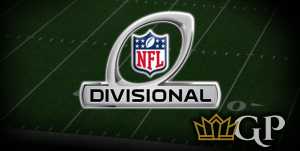 We ended up going 1-0-1 ATS in last Saturday’s suggestions by way of the Tennessee Titans winning outright in Foxboro as suggested and the Buffalo Bills allowing a 16-0 third quarter lead get away from them before ultimately falling 22-19 in overtime.

We ended up going 1-0-1 ATS in last Saturday’s suggestions by way of the Tennessee Titans winning outright in Foxboro as suggested and the Buffalo Bills allowing a 16-0 third quarter lead get away from them before ultimately falling 22-19 in overtime. As painful it was to not cash a ticket with the Bills, the Titz putting an end to the Patriots dynasty more than made up for it. Two more games are set to go down in the divisional round at online sportsbooks on Saturday with the Minnesota Vikings set to square off against the San Francisco 49ers and the Tennessee Titans invading Baltimore for a bout with the Ravens. Let’s dig into both matchups and see if we can’t come up with a few winners.

While I didn’t call for the Vikings to beat the Saints outright in last week’s write up, I recommended taking the points with Minnesota nonetheless. On top of that, I also suggested betting on the Vikes on the readjusted live betting lines should New Orleans get out to a substantial lead. And that’s exactly what I did once the Saints went up 10-3 in the second quarter and got the ball back looking for more. I was able to snag Minnesota +10 and also threw a unit on the readjusted money line at +435. Needless to say, I came away exhilarated once Kirk Cousins connected with Kyle Rudolph for the game winning score in overtime - and no, he didn’t push off! I’m going right back to the well with those profits and throwing them on Minnesota +7 as well as the money line regardless of a majority of the bets and money coming in on the 49ers in early betting.

As good the 49ers were this season, I’m just not buying them laying a full touchdown against a Vikings team that matches up extremely well on both sides of the ball. Kirk Cousins is the experienced field general in this skirmish; not Jimmy G. Mike Zimmer is the experienced head coach in this tilt; not Kyle Shanahan. While San Fran sports an electric trio of runners in its backfield, none compares to the explosiveness of Dalvin Cook who took it to an excellent Saints run defense last Sunday. Limiting opposing ground attacks isn’t the strength of the 49ers defense. In fact, I consider it a weakness with it ranked out as average. When you add the Niners turnover prone ways (No. 23) into the equation and pair that with the Vikings ability to come up with takeaways (No. 3), it becomes a no-brainer for me. Take the points and hit the Vikes on the $-Line!

No team impressed me more this season than the Ravens who simply destroyed just about every opponent that got in their way after dropping back to back games to the Chiefs and Browns. Baltimore went on to rattle off 12 straight wins from that point and went on to cover the closing NFL odds nine times. After getting bounced in the wild-card round by the Chargers on its home field a season ago, you can’t help but think Lamar Jackson and his mates will be way up for this playoff bout with a Titans team that had its moment in the sun last week in Foxboro. Mike Vrabel’s squad used a punishing ground attack to prevent NFL bettors and fans of the sport from being forced to stomach watching Brady and Belichick possibly win another Super Bowl. Thank you! Thank you! Thank you!

Evidenced by how the game ultimately played out, Tennessee shouldn’t have been receiving more than a point or two as it matched up extremely well with the Patriots on both sides of the ball. I can’t and won’t say that this time around. The Ravens look to be the “Real Deal Holyfield” and worthy of being the odds on favorite to win Super Bowl LIV. That said, it’ll all come down to how John Harbaugh’s defense deals with the runaway train that’s been Derrick Henry. The Titz backfield behemoth has been nearly unstoppable the second half of the season. He just gouged the Patriots for 182 rushing yards and a score a week removed from piling up 211 and 3 TD on the Texans. Windy wet weather is expected to be in the forecast, so the team that best limits the others ground attack will likely go on to win this game. Though I don’t love it, I can’t help but advise laying the points with the home team in a game that should be tight all the way through. Ultimately, look for a Justin Tucker field goal to be the margin decider late.