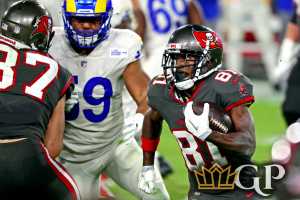 Week 3 NFL Against the Public picks are ready to roll. We are coming off a nice 4-2 record last week to move the season record to 6-4-1. A successful method of picking winners in the NFL is going against the public. One thing of note with these picks is that you are almost always better off waiting until Sunday to bet them to get the best possible NFL betting line. Let’s look at Week 3 NFL against the public picks.

Week 3 NFL Against the Public Picks

There is not much doubt that the Jacksonville Jaguars are going to have another poor season in 2021. They come into Week 3 at 0-2 and not many people want anything to do with the Jaguars. The Cardinals are getting a lot of love from bettors, as Arizona comes into this one at 2-0. It could be that oddsmakers and the public have overreacted to the Cardinals, as Arizona still has a rotten coach and a bad defense. This looks like a lot of points but the public doesn’t care, as they are backing the Cardinals. We go against the public and take the Jaguars plus the points.

The Ravens are coming off a very emotional win over Kansas City and now they go on the road and have to lay more than a TD to the Lions. The public is backing the Ravens on the road which is not a huge surprise, as the Lions are thought of as one of the worst teams in the league. Detroit has been able to score some points this season and Baltimore’s defense isn’t anything special, so the Lions are not without a chance to cover this number. The public is taking the Ravens, so we will take the Lions plus the points.

The Vikings are 0-2 and the public doesn’t want anything to do with them this week against the Seahawks. Seattle is coming off a tough loss to Tennessee, but they are still listed as road favorites in this one. Neither of these teams have much of a defense so this should be a high scoring contest. The public is taking Seattle, so we’ll back the Vikings plus the points at home.

One of the best matchups so far in the early season is this one between two unbeaten teams. The Bucs are the defending Super Bowl champs, but the Rams look very good with Matthew Stafford at quarterback. The public is backing Tom Brady and the Bucs on a regular basis and they are taking them again this week in this contest against Los Angeles. The Rams opened up as the favorite in this game, but money has been coming in on the Bucs. This will be a good test for both teams and perhaps it will be a matchup that we see in this year’s playoffs. The Bucs are a very public team and that means we will be going against them a lot this season. That looks to be a dangerous thing to do, as Tampa looks even better than they were a year ago. We’ll go against the public and take the Rams in this one.

The Bengals were thought to be improved this season with Joe Burrow coming back from injury, but so far the jury is out. The Bengals beat a Minnesota team with no defense in Week 1 and then Cincinnati lost to Chicago in Week 2. The Bengals are facing a Pittsburgh team that doesn’t scare anyone so this would seem to be a game that Cincinnati could win. The public is not sold at all on the Bengals and they are taking the Steelers at home. This is an interesting game in terms of the odds, as the line has moved toward the Bengals, but the smaller bets are on the Steelers. We’ll go against the public and take the Bengals plus the points.

Check out the Week 3 NFL odds at top online sportsbooks.