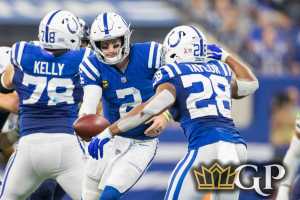 Week 2 NFL Against the Public picks are ready to roll. A lot of underdogs won in Week 1 and that is usually good for going against the public but we could only manage a .500 record. A successful method of picking winners in the NFL is going against the public. One thing of note with these picks is that you are almost always better off waiting until Sunday to bet them to get the best possible line. Last week this column listed the Lions at +7.5 but the line closed at 9.5. We’ll treat that game as a push, although most people who bet it probably won with the Lions.  We take a 2-2-1 record into this week. Let’s look at Week 2 NFL against the public picks.

Week 2 NFL Against the Public Picks

One thing that we learn really quickly each NFL season is that the public remembers what they saw last. The Rams were about as impressive as they could be last week, while the Colts seemed a bit lost. The public is backing the Rams even though this game is on the road. We’ll go against the public and take the Colts plus the points.

This game is almost identical to the previous one, as the Vikings were putrid for much of last week, while the Cardinals looked like world beaters. It is always dangerous to overreact to Week 1 results, but there is no question the public is going to do that. We’ll see this week if the Vikings are really going to be bad and if the Cardinals are going to be better than expected. We’ll go against the public and take the Vikings plus the points.

The public is already going against the Jaguars and that is not going to change even though they are at home and playing a team you would think they could beat. The Broncos were better than expected a week ago and Teddy Bridgewater looked good and the Jaguars struggled, but again, it was Week 1. We’ll go against the public and take the Jaguars plus the points.

The public didn’t like what they saw from the Ravens on Sunday night, while they are almost always in love with the Chiefs. The Ravens are getting more than a field goal at home and that is definitely unusual. Baltimore is still a good team but there is no question that Lamar Jackson makes too many mistakes. The public is on the Chiefs so that means we take the Ravens plus the points.

The public loves what they saw last week from the Saints and it is hard to argue, as New Orleans was the most impressive team in Week 1. It will be hard to follow that performance with another great one and Carolina is a live home dog. The public doesn’t really care, as they are going to back New Orleans to get another big win, but we go against the public and take the Panthers plus the points.

The public is already down on the Jets and they are going against them this week. The Patriots didn’t look that great a week ago, but Mac Jones did play pretty well. This is a battle of rookie quarterbacks and we don’t yet know which quarterback is going to be better. Zach Wilson had some good moments a week ago, but he also made some mistakes. The Jets may be a better team this season, but it is too early to tell. The Patriots were expected to be much better this season, but they were not impressive in a loss to Miami in Week 1. The public still believes in the Patriots so that means in this game we go against the public and take the Jets plus the points.

Check out the Week 2 NFL odds at top online sportsbooks.