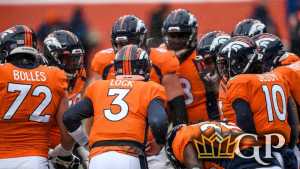 Week 18 NFL Against the Public picks are ready to roll. We are coming off a 2-4-1 week to move the season record to 41-34-4. A successful method of picking winners in the NFL is going against the public. One thing of note with these picks is that you are almost always better off waiting until Sunday to bet them to get the best possible NFL betting line.  We are going to end the regular season on the plus side, as we have just four plays in Week 18, but we would like to end the season on a high note. Let’s look at Week 18 NFL against the public picks.

Week 18 NFL Against the Public Picks

The public is all over the Chiefs on Saturday in Denver and why not? The Chiefs can still get the top seed in the AFC if they win this game and Tennessee loses to Houston. Kansas City had everything in their control last week but their defense couldn’t stop the Bengals and now the Chiefs may have to play next weekend instead of having a first-round playoff bye. The Broncos are going nowhere and it could be that Vic Fangio is on his way out as head coach. The Broncos have not looked good since Teddy Bridgewater got hurt and he is not expected to play on Saturday. There is no reason to think Drew Lock is going to play well this week. The public is all over the Chiefs so we go against the public and take the Broncos plus the points.

The public is on the Bucs again this week as they host the Panthers. Carolina has had a poor season and they have serious problems at quarterback. Sam Darnold has not looked like the answer and Cam Newton has been terrible. The Bucs really don’t have a lot to play for, as it is just seeding in the upcoming NFC Playoffs. Regardless, it is hard to see anything other than a Tampa Bay home win. The Bucs have not looked like a Super Bowl team lately, and now they have the Antonio Brown saga to deal with, but bettors are backing Tampa this week so that means we take the Panthers plus the points.

The Cardinals have a chance to win the NFC West if they can win this game and have the Rams lose to the 49ers. That is definitely possible, as the 49ers probably need to win that game to make the playoffs. The Seahawks finally looked like a good team last week in a win over Detroit, but Seattle is still a hard team to trust. The Seahawks defense has all kinds of issues and Arizona should be able to score a lot of points in this game. The public is a believer in the Cardinals after their win last week against Dallas, but it is still debatable whether Arizona can be trusted. We go against the public and take the Seahawks plus the points.

The Saturday night game on ABC and ESPN is really a meaningless one, as both the Cowboys and Eagles have qualified for the playoffs. The Cowboys could move up in the seedings, but not enough to really matter. Dallas continues to have their issues on offense and the public seems frustrated by the Cowboys, so much so that they are taking the Eagles this week. It is extremely rare when we go against the public and have a team that is favored because the public almost always backs favorites. That is not the case in this game, as they like the Eagles as the home dog. Philadelphia has been a surprise team this season and they come into this game playing well. The public is starting to come around and they are actually taking the Eagles as the home dog this week. That means we lay the points with the Cowboys in this game.

Check out the Week 18 NFL odds at top online sportsbooks.