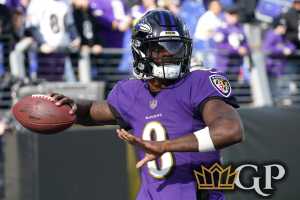 Week 17 NFL Against the Public picks are ready to roll. We are coming off a 1-2 week to move the season record to 39-30-3. A successful method of picking winners in the NFL is going against the public. One thing of note with these picks is that you are almost always better off waiting until Sunday to bet them to get the best possible NFL betting line. We have had a few light weeks with a limited number of plays, but that changes this week, as we have seven plays on the board. Let’s look at Week 17 NFL against the public picks.

Week 17 NFL Against the Public Picks

The public is in love with the Rams this week as they take on the Ravens. This is an interesting game, as the Ravens are still in playoff contention, while the Rams are looking to win the NFC West. The Ravens are expecting to get Lamar Jackson back this week and that changes everything for them. The public doesn’t seem to care, as they are backing the Rams, so we take the Ravens plus the points.

The Giants are a bad football team right now with no competent quarterback, as neither Mike Glennon nor Jake Fromm is any good. The Bears actually looked decent last week with Nick Foles at quarterback and they went into Seattle and won outright. Justin Fields may be out again this week and if Foles get the start, the Bears look like a good team. The public doesn’t want anything to do with the Giants so that means we go against the public and take New York plus the points.

The Chargers are still in playoff contention, so you would think they would play well this week against Denver but you could have said that last week when the Chargers found a way to lose to Houston. The Broncos are basically out of contention and the public is backing the Chargers, so that means we take Denver plus the points.

This one comes as no surprise, as the public is going against the Jaguars. We have done pretty well in this column, but one team that continually burns us is Jacksonville. The Jaguars are a rotten team and they should have no real chance in this game at New England. The public is definitely backing the Patriots, so that means we take the Jaguars plus the points.

The Eagles have a chance to make the playoffs if they can take care of business the last two weeks against Washington and Dallas. They could even clinch this week with a win and some help. Washington won’t mail it in and the Eagles are sure not a trustworthy team, but the public is backing Philadelphia at home. We go against the public and take Washington plus the points.

The Packers are the top seed in the NFC and they want to hang on to that spot as it would mean a first-round playoff bye. They are just a game ahead of the Bucs, Rams and Cowboys so they don’t have any margin for error. The Vikings are fighting to stay in playoff contention but realistically the Vikings are probably done. Minnesota continually finds ways to lose games and there is no reason to think they will win in Green Bay and the public agrees. We go against the public and take the Vikings plus the points.

Check out the Week 17 NFL odds at top online sportsbooks.