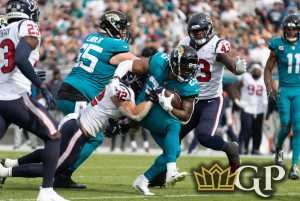 Week 16 NFL Against the Public picks are ready to roll. We are coming off a 1-1 week to move the season record to 38-28-3. A successful method of picking winners in the NFL is going against the public. One thing of note with these picks is that you are almost always better off waiting until Sunday to bet them to get the best possible NFL betting line. We have had a couple of light weeks with just four plays the last two weeks.  We have three plays this week, including two double-digit underdogs. Let’s look at Week 16 NFL against the public picks.

Week 16 NFL Against the Public Picks

One thing the public has gotten right this season is going against the Jaguars. Jacksonville has been very bad, going 4-10 ATS. The good news if you like Jacksonville this week is that the Jets have been just as bad, going 4-10 ATS. There is really nothing to like about either of these teams, but at least New York did cover the spread last week. The public is going against the Jaguars and it is easy to see why. The Jaguars did look a little better against Houston last week with Urban Meyer finally gone, but Jacksonville still has major problems on both sides of the ball. The Jaguars need a new voice in the building and someone to instill some confidence into Trevor Lawrence. It is unlikely to happen this season, so the Jaguars are stuck playing out the string. It is hard to see how Jacksonville will have any motivation in this game, as they now are in possession of the No. 1 pick in next year’s NFL Draft. Players supposedly don’t pay attention to that type of stuff, but we’ll see. The public is all over the Jets in this one so that means we take the Jaguars plus the points.

I said last week that we simply go against the public and ignore our own opinions in this column. I said that I wanted nothing to do with the Panthers with Cam Newton under center and the Panthers were routed in Buffalo last week. I still don’t want anything to do with the Panthers, but the public is betting the Bucs this week so that means we are stuck taking Carolina. There is a little bit of good news though and that is the fact that the Bucs are dealing with a lot of injuries and you would think this would be the one game the Panthers would get up for. They are playing at home and against the defending Super Bowl champs. The public is betting the Bucs, so that means we take the Panthers plus the points.

The Texans looked decent last week but how much credit do you give them for beating a rotten Jacksonville team? Houston is trying to figure out if Davis Mills is their quarterback of the future and he definitely hasn’t played any worse than Tyrod Taylor. The Chargers are a team that should make the playoffs in the AFC and they can’t afford to overlook this game. The Chargers have been a team that drives bettors insane, as head coach Brandon Staley oftentimes makes questionable coaching decisions. There is no doubt that Los Angeles has a potent offense, but the Chargers defense has shown some weakness. The Texans are at home and Houston does have some offensive weapons. The public doesn’t think it is going to matter, as they are backing Los Angeles. This has all the looks of a high scoring game, as the Chargers are putting up over 27 points per game but giving up over 26 per contest. The question is whether the Texans can score enough points to keep this game competitive. The Chargers are a double-digit road favorite and Los Angeles is just 7-7 ATS this season. The public is backing the Chargers, so we take the Texans plus the big points.

Check out the Week 16 NFL odds at top online sportsbooks.