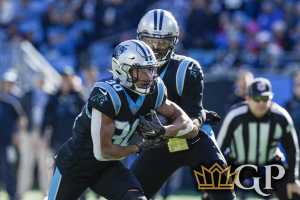 Week 15 NFL Against the Public picks are ready to roll. We are coming off an 0-2 week to move the season record to 37-27-3. A successful method of picking winners in the NFL is going against the public. One thing of note with these picks is that you are almost always better off waiting until Sunday to bet them to get the best possible NFL betting line. We had just a couple of plays last week and considering how well the public did that may have been a good thing, and surprisingly, we have just two plays again for this week. Let’s look at Week 15 NFL against the public picks.

Week 15 NFL Against the Public Picks

It is always important to remember with this column that we go against the public, regardless of our own personal opinion. In this case it is really hard to do, as I want no part of a team with Cam Newton under center. This is also a really good spot for Buffalo to take out their frustrations. The Bills are better on both sides of the ball than Carolina and you have to wonder what type of motivation the Panthers will have now that they are pretty much out of playoff contention. Perhaps if the Panthers had a quarterback who was capable you could make a case for taking Carolina, but they don’t.

The Bills have not played nearly as well as they are capable of playing, but they showed signs of life last week before losing to the Bucs in overtime. Buffalo also has some concerns with Josh Allen, as he looks to be dealing with an injury. It doesn’t figure to matter in this game, as the Bills could probably win with Trubisky under center. This game has all the looks of a Buffalo rout and the public is on board in a big way. We go against the public and take the Panthers plus the big points.

If you can figure out the Miami Dolphins then you are one of the few. The Dolphins looked dead and buried a month ago but now they have won six straight games and are very much alive in the AFC playoff race. The Jets were supposed to be improved this season under new head coach Robert Saleh, especially on defense, but did you notice where New York ranks in total points allowed this season? That’s right, dead last in the NFL. There is no doubt that Saleh is going to get more time to get things turned around in New York, but this season is a hopeless mess.

What New York has to do is figure out if Zach Wilson is a franchise quarterback. The early returns are not positive, as Wilson has not looked worthy of a first-round pick. Wilson is not getting a whole lot of help, as the Jets have issues all around him, but the rookie still needs to play better. New York is out of playoff contention so they are going to let Wilson go through his growing pains. They really have no other choice, as they simply have to know if they have a franchise quarterback or not. The problem is that they may not find out this season. The public has been going against the Jets on a regular basis for much of the season and why not? New York is awful on defense; they have a rookie quarterback who continues to make mistakes and they have nothing to play for. We go against the public and take the Jets plus the points.

There are only two plays again this week and that may not be all bad news, as the bad teams in the NFL other than Detroit are having trouble against the spread. Things usually turn around, as our overall record is still good going against the public and having a small number of plays right now might keep us from doing too much damage to the overall record.

Check out the Week 15 NFL odds at top online sportsbooks.