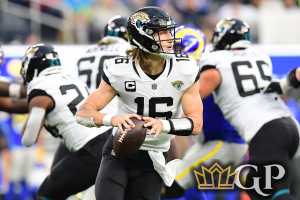 Week 14 NFL Against the Public picks are ready to roll. We are coming off a rare losing week, as we went 3-5 to move the season record to 37-25-3. A successful method of picking winners in the NFL is going against the public. One thing of note with these picks is that you are almost always better off waiting until Sunday to bet them to get the best possible NFL betting line. We had a laundry list of plays last week and it didn’t work out well. This week the public is not nearly as enamored with a lot of action, so we only have two plays. Let’s look at Week 14 NFL against the public picks.

Week 14 NFL Against the Public Picks

The public has definitely figured out that betting against Jacksonville each week is a good idea. The Jaguars come into this game at 4-8 ATS and now they face a Tennessee team coming off a bye. I say this on a regular basis that the Jaguars are a poorly coached team with an overrated rookie quarterback and problems on both sides of the ball. The Titans are definitely not the same team they were when they had Derrick Henry, but just like the Rams last week, the Titans should use this game to get back on track.

The other play this week is also a really ugly one, as we take the Texans plus the points at home against Seattle. The Texans are arguably the worst team in the NFL and they were simply humiliated last week at home by the Colts. The Seahawks actually played well last week and even at 4-8 they don’t think their playoff hopes are done. Perhaps they are right considering their remaining schedule, but this is still a four win team laying more than a touchdown on the road.

The public is going against the Texans on a regular basis and it is hard to argue. It was thought that Houston would be better when they got Tyrod Taylor back under center but he was at quarterback last week and they were pummeled by the Colts. This week it looks like Taylor is going to miss the game due to injury so that means rookie Davis Mills under center again. The Texans are actually no worse with Mills under center than they were with Taylor. Mills actually has a better completion percentage than Taylor and has thrown for more yardage. There is no doubt that the public is going to overreact to Taylor being out, but the reality this season has been that Taylor has been no better than Mills. The Texans have problems that go far behind their starting quarterback, especially on defense. You would think this would be the week that Seattle finally got healthy on offense considering how bad the Texans are on defense. The public sure thinks so, as they are taking the Seahawks minus the points. That means we back the Texans plus the points at home.

There are only two official plays this week, as the public seems to be treading lightly in Week 14. The only other game that gets near being a play is Chicago at Green Bay. That would make sense, as the public almost always likes to bet the Packers and there is no real reason to like the Bears at the moment. Chicago is really struggling at quarterback, as neither Andy Dalton nor Justin Fields has been any good. This is a rivalry game so perhaps the Bears can put forth a good effort, but it sure is tough to back the Bears. The public isn’t, as they are taking the Packers. This is not an official play, but it is close.

Check out the Week 14 NFL odds at top online sportsbooks.