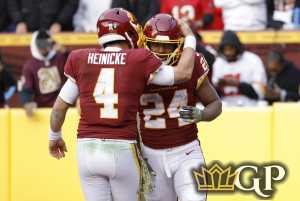 Week 11 NFL Against the Public picks are ready to roll. We are coming off a sizzling 7-0 week to move the season record to 29-17-3. A successful method of picking winners in the NFL is going against the public. One thing of note with these picks is that you are almost always better off waiting until Sunday to bet them to get the best possible NFL betting line. Let’s look at Week 11 NFL against the public picks.

Week 11 NFL Against the Public Picks

The public has jumped on the Bill Belichick bandwagon again and they are going with the Patriots. New England has won four straight and they are just a half game behind Buffalo for the AFC East lead. The Patriots look to have found their answer at quarterback, as Mac Jones looks to be the best of the rookie signal callers. The Falcons are just 4-5 on the season but in the NFC, they are still very much alive in the playoff race. The public likes the Patriots so that means we take the Falcons plus the points on Thursday night.

The public always remembers what they saw last and the last NFL game was the 49ers dominating the Rams on Monday night. The Jaguars are a bad team but they have played better of late and they covered the spread last week against the Colts. This is a tough spot for the 49ers on a short week and going across the country but the public doesn’t care as they are backing San Francisco. We go against the public and take the Jaguars plus the points.

The public is going with the Titans and against the Texans on a regular basis so it makes sense they are taking Tennessee in this game. The Titans have the best record in the AFC and the Texans have not won a game since Week 1. The public loves Tennessee this week so that means we go against the public and take the Texans plus the points.

The public likes what they saw of the Packers last week in a shutout win over the Seahawks. If the public looked closer, they would notice that Aaron Rodgers was not sharp and that the Packers lost Aaron Jones to injury for at least a couple of weeks. The Vikings are coming off a win last week against the Chargers and one thing we know about Minnesota is that they play close games. This has all of the looks of a game that will come down to the wire and perhaps we can get an extra half point before Sunday and get this line to up to three points. Regardless, we go against the public and take the Vikings plus the points.

The public remembers what they saw from the Panthers last week with Cam Newton coming back to the team. What they may not remember is that Newton was not a very good quarterback earlier in the season. We know what Newton is and that is a quarterback who can run the ball effectively at times but one who also makes mistakes. Washington is not a bad team and they have a quarterback in Taylor Heinicke who can make some plays. This could be a close game and the points could be the difference. The public likes the Panthers so that means we take Washington plus the points.

Check out the Week 11 NFL odds at top online sportsbooks.