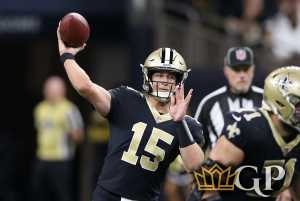 Week 10 NFL Against the Public picks are ready to roll. We are coming off a 3-4 week to move the season record to 22-17-3. A successful method of picking winners in the NFL is going against the public. One thing of note with these picks is that you are almost always better off waiting until Sunday to bet them to get the best possible NFL betting line. We did have Kansas City in this column last week, but that was before the news about Aaron Rodgers not playing came out, so we are not counting that game as a win, as the public was backing the Chiefs after the Rodgers news. Let’s look at Week 10 NFL against the public picks.

Week 10 NFL Against the Public Picks

Many people are saying that the Vikings are one of the best 3-5 teams they have ever seen. What I will say to those people is that Mike Zimmer is an overrated head coach and this team finds ways to lose games. The Chargers usually play close games that come down to the wire and that fits right into what happens with Minnesota games. The public is going against the Vikings against this week so that means we take Minnesota plus the points.

The public doesn’t believe in Miami’s win last week against Houston and Baltimore is a very public team. This is a lot of points for Baltimore to be laying considering their defense is struggling. This is a Thursday night game and those are always unpredictable. We’ll go against the public and take the Dolphins plus the points.

The public doesn’t like what they have seen from the Saints and their two quarterbacks Trevor Siemian and Taysom Hill and the Titans are also becoming a very public team. This line actually seems short considering how well the Titans are playing and the public definitely likes Tennessee. We go against the public and take the Saints plus the points.

This one is no surprise as the public is all over Arizona at home in this game against Carolina. The Panthers do have their key players back but it didn’t matter last week in an ugly loss to New England and it may not matter this week on the road against a very good Arizona team. The Cardinals didn’t have Kyler Murray and De’Andre Hopkins last week and they still rolled. It is uncertain whether they will get those players back this week, but regardless, Arizona is heavily favored against Carolina. We go against the public and take the Panthers plus the points.

The Rams laid a complete egg last week and played about as bad as they are capable of playing in a home loss to Tennessee. You would expect a much better effort this week and they get to play a San Francisco team that is really struggling. The 49ers don’t seem to have any answers on offense and the defense is getting worn out. The public definitely thinks the Rams are going to bounce back this week with a big effort and it is hard to argue. That being said, we go against the public and take the 49ers plus the points.

Check out the Week 10 NFL odds at top online sportsbooks.