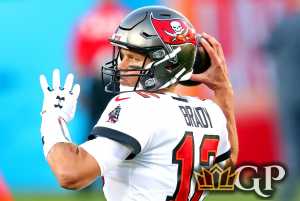 The 2021 NFL regular season begins on Thursday, September 9 with the defending Super Bowl champion Tampa Bay Buccaneers hosting the Dallas Cowboys on NBC. Let’s take a look at the games for Week 1 and Week 1 NFL odds.

The 2021 NFL regular season begins on Thursday, September 9 with the defending Super Bowl champion Tampa Bay Buccaneers hosting the Dallas Cowboys on NBC. The Bucs are the second choice in Super Bowl odds at odds of 6-1 behind the Kansas City Chiefs, while the Cowboys are pretty much a longshot at odds of 36-1. Let’s take a look at the games for Week 1 and Week 1 NFL odds.

The 2021 NFL regular season opener has the defending Super Bowl champion Buccaneers, led by Tom Brady, taking on the Dallas Cowboys. The Bucs brought virtually everyone back from last season so they are going to be very good again, while the Cowboys hope to be better now that Dak Prescott is healthy again.

A lot of people are discarding the chances of the Pittsburgh Steelers this season, but the Steelers still have Ben Roethlisberger under center. The Bills are considered one of the top teams in the NFL and they are solid home favorites in this matchup.

The Titans went out and added Julio Jones but will he really be a huge addition to this offense that relies heavily on Derrick Henry? The Cardinals are overrated with Kliff Kingsbury as head coach and Kyler Murray at quarterback and this line looks really short to me, as Tennessee is clearly the better team.

The Colts have a new quarterback in Carson Wentz and they were pretty good last year with an aging Philip Rivers. If Wentz can regain the form he had a few years ago, then the Colts could be contender in the AFC. The Colts get a stern test in their opener from a Seattle team that is usually very good on the road.

The 49ers took a quarterback in the NFL Draft in Trey Lance, but for right now the starting job belongs to Jimmy Garoppolo. The 49ers have a lot of talent on both sides of the ball and they have proven they can win with Garoppolo.  They are heavily favored in this game against a Detroit team that now has Jared Goff under center.

The Chiefs were losers to Tampa Bay in last year’s Super Bowl, but they begin the 2021 NFL season as the Super Bowl favorite at Super Bowl odds of 5-1. The Chiefs have an explosive offense led by Patrick Mahomes and the defense should be improved this season.

Green Bay Packers at New Orleans Saints - No Line Yet

There is no line yet on this game between the Packers and Saints due to the status of Green Bay quarterback Aaron Rodgers. He is threatening to sit out the season and if that happens the Packers would go from Super Bowl contenders to a team that struggles to make the playoffs. On the other side, the Saints begin a new era now that Drew Brees has retired.

The Sunday night game on NBC should be interesting, as the Bears will have a new quarterback under center in Andy Dalton and a quarterback in waiting in Justin Fields, while the Rams have a new signal caller in Matthew Stafford.

Is there any doubt that Jon Gruden is an overrated head coach? He won his Super Bowl with the Bucs, but that was a long time ago and Gruden looks like a washed-up coach with a .500 team. The Raiders are at home in this one, but the Ravens are the better team.