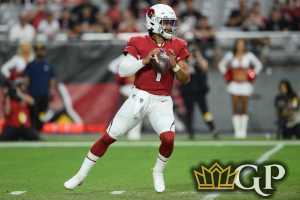 Week 1 NFL picks always get a lot of attention because it has been so long since people have bet on NFL regular season games. A successful method of picking winners in the NFL is going against the public. Let’s look at Week 1 NFL against the public picks.

Week 1 NFL picks always get a lot of attention because it has been so long since people have bet on NFL regular season games. The public is enamored with a lot of teams and they have very strong opinions in Week 1.  A successful method of picking winners in the NFL is going against the public. It won’t work every week or every month and there may even be occasional years where it doesn’t work, but over time, when you bet against the public, you win money. Let’s look at Week 1 NFL against the public picks.

Week 1 NFL Against the Public Picks

The public almost always lays points in the NFL and one of their favorite plays this week is the Tennessee Titans. It makes a lot of sense, as the Titans are considered the better team and they are at home. The Titans figure to run the ball a lot with Derrick Henry and control the clock. The question is whether the Tennessee defense can slow down the Arizona offense. Arizona’s Kyler Murray was inconsistent last season, as he looked great at times but lost at other times. He has a lot of weapons around him; he just needs to get them the ball. The public is on the Titans so that means we take the Cardinals plus the points.

This one is definitely not a shock, as the public is betting the 49ers on the road in Detroit. The Lions are expected to be one of the worst teams in the NFL this season, while the 49ers are expected to be one of the best. The interesting part about this one is how well Jared Goff will fare going against the 49ers defense. The Lions are supposed to have a very good offensive line and if they can give Goff time to throw this one might be closer than most people think. We’ll go against the public and take the Lions plus the points.

The Saints will not be playing this one at home, as the game was moved to Jacksonville, so New Orleans will not have a home field edge. The public would have been on the Packers regardless, as people don’t think the Saints will be as good with Jameis Winston at quarterback. The Packers are a public team with Aaron Rodgers leading the way, so they almost always get a lot of action. The key in this one will be how well the Saints protect the ball. The public is on the Packers, so we’ll take the points and go with New Orleans.

The public is all over the Seahawks in this game. The line opened with the Seahawks listed as a one-point favorite and the line is up to 3. The public does not think that the Colts are going to be ready to face a Seattle team that is expected to be a contender. The Colts have a new quarterback in Carson Wentz but whether Wentz will be better than he was in Philly is the key question. Indianapolis has a defense that is underrated and they may be able to slow down the Seahawks a little bit. The public likes Seattle, so we’ll take the Colts plus the points.

The public doesn’t want anything to do with the Bears and Andy Dalton. The public is in love with the Rams to start the season, as Los Angeles has a new quarterback in Matthew Stafford. This does look like a bad matchup for the Bears going against a stout defense in the Rams with a quarterback in Andy Dalton who figures to turn the ball over. Chicago will need to play really well on defense and run the ball effectively to shorten the game. The public doesn’t think that is going to happen and they are taking the Rams. We go against the public and take the Bears plus the points.

Check out the Week 1 NFL odds at top online sportsbooks.