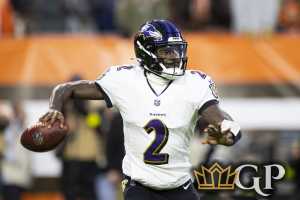 Super Wild Card Weekend Against the Public picks are ready to roll. We are coming off a 1-3 ATS mark last week. That takes the record to 41-38-4 ATS for the season. A successful method of picking winners in the NFL is going against the public. One thing of note with these picks is that you are almost always better off waiting until game day to bet them to get the best possible NFL betting line. As mentioned earlier, we are coming off a 1-3 ATS record last week.  I advised caution last week because of the weird week in terms of motivation. This week is also different, as the playoffs begin. We have three games to look at for this week. Let’s look at Super Wild Card Weekend Against the Public Picks.

The 49ers have won 10 straight games and they swept the Seahawks during the regular season so it makes sense the public is all over the 49ers in this game. The 49ers are superior to the Seahawks on both sides of the ball, as they have multiple weapons on offense and an excellent defense. This is simply not a good matchup for Seattle. That being said, it isn’t always easy to beat a team for the third time and that is what San Francisco is trying to do. The weather may also help out the Seahawks, as it is supposed to be rainy and that may turn this game into a slop where scoring is down. Anytime where weather could play a factor gives the underdog a better chance because turnovers are more likely and scoring may be more difficult. The 49ers are definitely the clear choice from the public so that means we take the Seahawks plus the points.

This game is almost identical to the previous game, as the Bills are big favorites at home. Buffalo is better on both sides of the ball than Miami and the Bills have a huge edge at quarterback with Josh Allen over Skylar Thompson. The difference in this game from the Seahawks and 49ers is that the Dolphins and Bills split their two regular season meetings. Each team won a close contest at home. It should be noted, however, that when the Dolphins won their game, they had Tua at quarterback. That won’t be the case on Sunday, as the Dolphins are down to their third-string quarterback. It is hard to see how Miami can keep this game close unless the Bills turn the ball over.  The Dolphins haven’t played well in over a month and they were fortunate just to win last week against a hapless Jets team. Unless Miami plays a near perfect game they have no chance to win this game. They will need Buffalo to make numerous mistakes for this game to be competitive. The public is on the Bills in this game, so we take the Dolphins plus the big points.

We get another Super Wild Card Weekend playoff game between divisional rivals, as the Ravens visit the Bengals. These teams just met last week and it was Cincinnati winning at home. The Ravens are another team that will not have their starting quarterback, as Lamar Jackson is out. Baltimore will be getting backup Tyler Huntley back this week and his return helps, but the Ravens are still a big underdog in this game against the Bengals. These teams split their two games this season and Baltimore is not without a chance in this contest. Huntley is at least capable of making some plays and keeping the Ravens in the game. The Bengals have been playing really well over the past couple of months, and the public is all over Cincinnati in this game. This is the Sunday Night Football game and it may be a game that is closer than people expect. The public is betting the Bengals, so we’ll take the Ravens plus the points.